vi Sahar is an Israeli born actor, director, and puppeteer, currently living and working in New Jersey. Sahar designs, creates and directs his puppet shows. His recent show “Planet Egg” participated in the St. Ann’s Warehouse Puppet Lab, it had its American debut as a preview at the Labapalooza! Festival in Brooklyn, in June 2011. It later premiered at The International Puppet Theater & Film Festival in Holon, Israel, and at Dixon’s Place in New York. Through his work, Zvi has learned the importance of collaboration, time and the endless possibilities one can use with the resources given.

1) What or who inspired you to want to be an artist?
For me, being an artist means two things: creating something that didn’t exist before, and telling a story. My parents, even though they didn’t work as artists, are natural born creators. Wood, fabric, metal, colors; those were all natural elements of our house and my childhood, and “let’s make it” was always the motto. As for stories, I can just say that I’ve always been inspired by good ones, whether it’s a fairy tale, a novel, a great movie, or a classic play.

2) What was your creative journey that has brought you to where you are in your career today?
I didn’t know what I wanted to study – architecture, history, or acting – and since being an actor sounded like the most ridiculous thing, I decided to start with that and maybe quit after a year. But things went pretty well… As an actor I had the luck to work with many great directors, that inspired me to look for my own language and style. I established my own company with collaborator Oded Littman, and went back to school where I encountered the amazing world of puppetry. Moving to NYC also opened many possibilities; I started working with great development programs, met many artists to collaborate with, and established my international company, Puppet Cinema. Puppet Cinema is currently producing two different shows: PlanetEgg, which is about to make its Washington DC premiere this month, and Salt of the Earth, which is still in development.

3) What do you need as an artist today?
In order to create something really original — “new forms,” as Checkov says —  an artist needs time and facilities. I’m looking for long term platforms that provide time and space for a thorough development process. The freedom to try, change, save, delete, cut, and then doing everything again is essential to my artistic way. 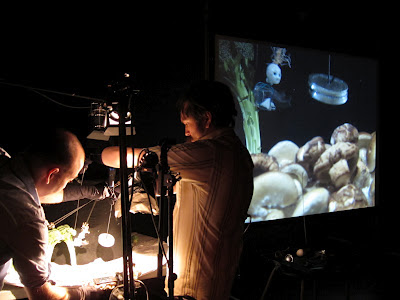 4) What creative project are you working on now?
Using live video feed, puppets, objects and Foley effects, my company, Puppet Cinema, creates a “live-action animation”-style movie in front of your eyes, right on stage. By zooming in on simple earthly materials, such as electronic devices, salt, or fresh vegetables, we create rich & visually textured stories on screen. Puppet Cinema’s first show, PLANET EGG, will be making its Washington D.C. premiere this month in the Capital Fringe, and our second show, SALT OF THE EARTH (which is still in progress) recently performed several work-in-progress showcases at the 14th St. Y as part of our residency with LABA.

5) Where do you see yourself and your career in 10 years?
The inspiration that international artists provide one another is enormous. Looking towards the future, I would like to develop my company to an international level and have a whole repertoire of shows in order to share Puppet Cinema’s concept of telling stories in new forms. My dream is to gather all of the great artists that I’ve worked with the past few years and create a new project together.

6) What does it mean to you to be an Israeli artist?
I am an Israeli. Israel is part of my DNA. The energy, the stories, the political-social situation is part of who I am, and obviously part of my work.

7) What does it mean to you to have an organization like AICF available in the art world? 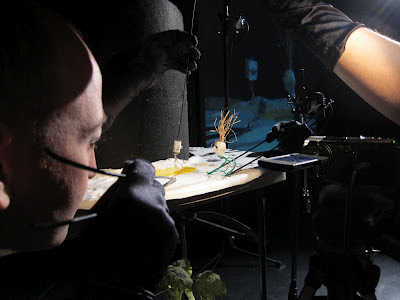 As a student I was awarded the AICF grant, and my school was supported by the fund as well. Without AICF’s support of funding and resources, creating new art would not have been possible for me! I am very grateful for having found AICF here in New York; it is an amazing resource, providing the opportunity for Israeli artists to meet and collaborate, and helping to them take their careers to the next level. 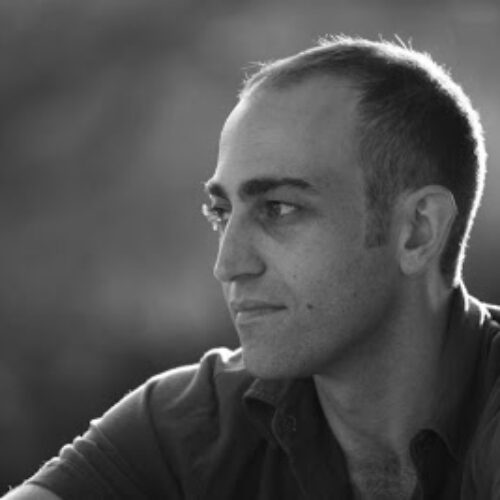