Zvi Gotheiner began dancing at 17, and soon after formed his first performance group. He came to New York in 1978 on a dance scholarship from the America Israel Cultural Foundation, and went on to dance with the Joyce Trisler Dance Company, Feld Ballets/NY, and the Bat-Sheva Dance Company. After directing Tamar Ramle and the Jerusalem Tamar Dance Companies in Israel and the Israeli Chamber Dance Company in New York, he founded ZviDance (previously, Zvi Gotheiner & Dancers) in 1989. The company’s performances have received critical acclaim in New York City at The Kitchen, The Joyce Theater, Joyce Soho, The Fiorello Festival, Lincoln Center Out-of-Doors, and Central Park’s SummerStage, as well as a variety of experimental venues. Zvi is a recipient of two New York Foundation for the Arts choreography fellowships and The National Arts Club Weiselberg Award, and has received commissions from Zurich Tanz Theater, Utah’s Repertory Dance Theater, Colloquium Contemporary Dance Exchange, the American Dance Festival, and three commissions from the Joyce Theater’s Altogether Different series. He has earned an international reputation as a ballet teacher. In New York, he serves as a company teacher for the Alvin Ailey American Dance Theater and teaches ballet regularly at City Center.

1) What or who inspired you to want to be an artist?
First, I was recognized as a child with a musical talent. I chose to play the violin, but don’t ask me why. I progressed rather quickly and was given the best teachers at that time in Israel.  I knew I was destined to be a musician. WhenI was about 17, I saw the Bat-Sheva Dance Company and had a revelation watching them perform.  My life then took a U turn and I never looked back. Throughout the years dancing and choreographing, many artists and teachers inspired me , among them: Gertrud Kraus, Maggie Black, Jiri Kyllian, Pina Bausch, to name a few.

2) What was your creative journey that has brought you to where you are in your career today?
While tranining as a dancer, I didn’t think about choreographing. I was totally immersed in the daily routine of taking class in the morning, rehearsing during the day, and dropping dead in the evening, and then doing the same the next day. A bad knee injury that took me out of this cycle, and I started contemplating the idea of trying to create dances. I was a choreographer for 10 years before making a work that I felt had my signature. And the next year my company was invited to perform at the Joyce Theater. My career as a choreographer took off.

4) What creative project are you working on now?
I am in the midst of choreographing a new work titled “Sky and Water,” inspired by the work of M. C. Escher. Also, I am “brewing” a work for next season, titled “Surveillance,” reflecting on the role of technology in making us feel safe.

5) Where do you see yourself and your career in 10 years?
In the dance studio, making new moves… 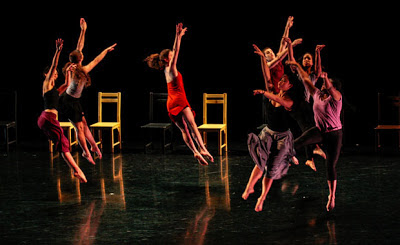 6) What does it mean to you to be an Israeli artist?
I am Israeli born, and my nerves are connected to this tormented lend. My work, although very much influenced by American dance, is coming from a deep link to my upbringing and to the landscape of my childhood. I am not always creating work that, at first experience, is unmistakbly Israeli, but with a closer look you will identify the Israeli linkage.

7) What does it mean to you to have an organization like AICF available in the art world?
AICF came into my life at a crucial time. It gave me the encouragement and validation that I was in the right direction pursuing a career in the arts, and also gave me the opportunity to expend my horizon beyond my imagination at that time. I can’t comprehend my present achievements without that generous support few decades ago. And for that, I am eternally grateful. 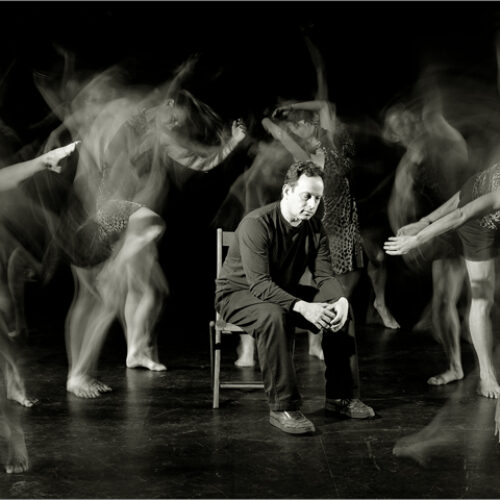