On Friday, June 3, 2022, violinist Itamar Zorman releases a new album Violin Odyssey on First Hand Records. Born out of Zorman’s 2020 live-streamed video series Hidden Gems, while the world was locked down and live-concerts were stalled, the album is a virtual voyage around the world that yielded the discovery of many lesser known and rarely played works for violin. From this musical treasure trove, he selected 10 pieces for Violin Odyssey, made with pianists Ieva Jokubaviciute and Kwan Yi and recorded by Grammy Award-winning producer Judith Sherman at Baldwin Auditorium at Duke University in Durham, North Carolina last year. The album is supported by the Borletti-Buitoni Trust.

The far-reaching geographical origins of the repertoire – from New Zealand to the United States by way of Sudan, China, Russia, Poland, Croatia, Czech Republic, Israel and Mexico – reveal a fascinating variety of styles and cultural diversity in these seldom-heard works. As part of his research, Itamar consulted musical experts and talked with the composers themselves. Lockdown allowed time for deeper thought on global issues in society and the environment and these played a part in mapping out the repertoire, which also bears traces of family ties at home and abroad: Itamar chose a piece composed by his father Moshe Zorman in Israel, explored pieces written for children with his small daughter, and collaborated closely with his wife, pianist Liza Stepanova, who accompanied him on the first Hidden Gems live-streams.

Two larger works set the framework of the album – Slavonic Sonata (1917) written by Croatian noblewoman Dora Pejačević and the Second Sonata for Violin and Piano (1927) by Czech composer Erwin Schulhoff. While sharing Eastern European flavor, the two sonatas, written only 10 years apart, are worlds apart stylistically. Pejačević’s sonata continues and expands on the Romantic tradition of works for violin and piano, while Schulhoff’s draws from a wide range of sources from jazz to expressionism. 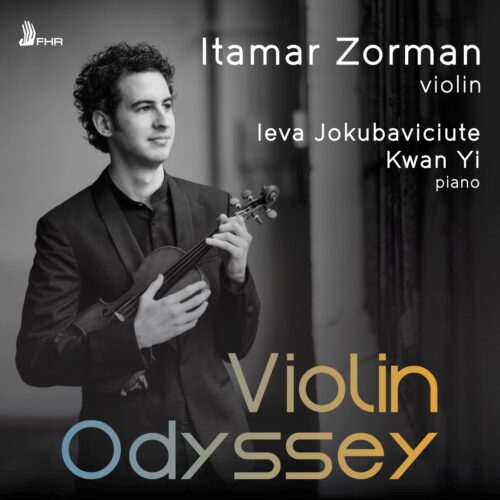