Tali Rubinstein is a contemporary recorder player, singer, and composer. She graduated with honors from prestigious music institutions in Israel: Thelma Yellin High School of the Arts, Rimon School of Jazz and Contemporary Music, and The Jerusalem Academy of Music and Dance. She also studied at the Buchman-Mehta School of Music, Tel-Aviv University, and served in the Israel Defense Force as an Outstanding Musician in the Air Force musical band. Tali is currently Studying at Berklee College of Music, Boston, MA, where she recently earned a place on the Dean’s list for excellent academic performance.

Tali received scholarships from the America-Israel Cultural Foundation (1994-2006), and won second prize at the seventh International Recorder Festival Contest 2004 in Utrecht, The Netherlands. During her studies at Rimon School, she was recipient of the Gilad Shein Memorial Scholarship, and currently is a recipient of a full tuition scholarship at Berklee College of Music.

Tali performed a variety of genres in major festivals throughout Israel, as soloist, bandleader, and band member, in many of which she was highly involved as an arranger and composer. She performed at major Israeli venues, such as the Jerusalem International Convention Center, Caesarea Amphitheater, Givatayim Theater, Tel Aviv Museum, and more. She has appeared on numerous broadcasts of Israel Radio and Television, performing both classical and popular music. Tali played in master classes with prominent baroque artists Kes Booke, Marion Verbruggen, Han Toll, Sebastian Marq, Michael Schneider, Kate Clark, the Florilegium Ensemble, and others.

1) What or who inspired you to want to be an artist?
The people who are the reason for my being an artist are undoubtedly my parents – Bilha and Israel Rubinstein. They supported me and encouraged me to peruse my passion from day one.

2) What was your creative journey that has brought you to where you are in your career today?
I started my musical journey in the age of 7, studying the recorder with Ilana Hiller and later on with Bracha Kol, who was my teacher, friend, and mentor for 11 years. I also studied classical baroque music for many years. My first experience with other genres was during my military service, where I played in the Air Force Army Band. I later on continued my classical studies in The Buchmann-Mehta School, Tel-Aviv, but after one year I felt as if I had to have a break and “clear my mind,” so instead of taking some time off or going on a vacation, I went to study jazz in Rimon School, Ramat Hasharon. I ended up completing my B.Mus. in jazz performance in the Jerusalem Academy, and later on, encouraged by Rimon’s president Yehuda Eder, auditioned for Berklee College, Boston. I received a full tuition scholarship, and nowadays I’m finishing my degree in Performance and Contemporary Writing and Production at Berklee.

4) What creative project are you working on now?
There are several projects I’m working on right now, along with my studies. With bass player and composer Noam Shacham and composer and arranger Hai Meirzadh, I’m working on a new project, borderline classical-jazz-experimental original music for recorder, electric bass, a string quartet, and a singer. The project is based on the album Lullaby (a recorder and electric bass duo that features original compositions, written and performed by Noam Shacham and myself). I’m also working on my own EP together with great friends and amazing musicians from Berklee, and recording for the next album of worldwide-known flamenco producer Javier Limon, which is an exciting experience that I never would have dreamed of a few years ago. 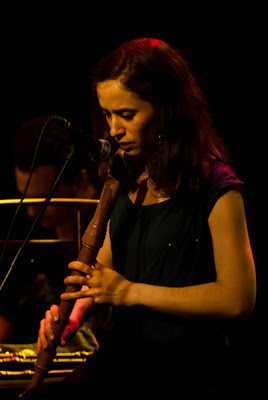 5) Where do you see yourself and your career in 10 years?
In 10 years I see myself doing pretty much what I’m doing now, only on a much larger scale – I want to continue making music with people I love and admire, to record and to perform, touring the world. Hopefully in 10 years people won’t be as shocked to hear that you can play serious music on the recorder.

6) What does it mean to you to be an Israeli artist?
I feel privileged to be able to represent and share my Israeli heritage through music. Being away from home has revealed to me how special the Israeli culture is and how much warmth, good will, and creativity is a part of it. Music being my language, I’m able to communicate and establish strong friendships with people from all around the world, including Iran, Lebanon, Egypt, and Palestine. I’m studying other cultures and sharing my own, and this process encourages acceptance and understanding.

7) What does it mean to you to have an organization like AICF available in the art world?
The AICF has helped me by granting me scholarships for many years, since 1994. It has played a huge part in my becoming a musician by helping me fund my music education along the years. The foundation has also supported so many successful artists I know, probably many of whom wouldn’t have the means to do so otherwise. As artists, we depend on people’s generosity to be able to continue creating; therefore, I’m so thankful and grateful, and can’s stress enough how important a foundation like this is. 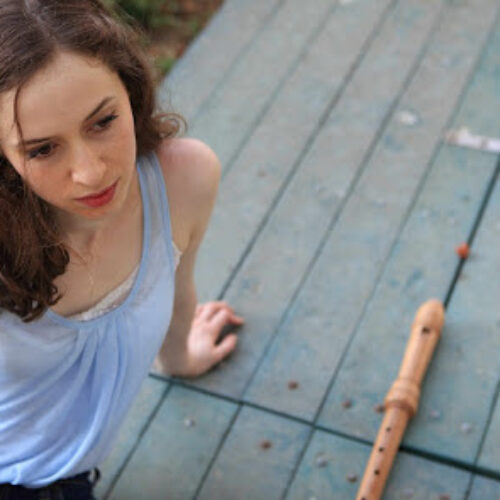