Sasson Gabai at The Band’s Visit on Broadway

Actor Sasson Gabai will be heading to New York this summer to take up the role on stage that he played in the 2007 film The Band’s Visit. The Band’s Visit opened on Broadway in November to rave reviews, with Tony Shalhoub in the lead role as Egyptian Colonel Tewfiq Zakaria.

“A year ago the play opened off-Broadway, interwoven with songs, and was wildly successful,” Gabai told Yediot on Tuesday. “From there its trip to Broadway was short.” Gabai said Shalhoub has to leave the production to film a TV show, “and I’m very excited to replace him. This is a surprising journey of a film shot in Yeruham which has made it all the way to Broadway.”

The 70-year-old Gabai is one of Israel’s most beloved actors, known for his roles in Polishuk, Shtisel and Gett: The Trial of Viviane Amsallem. He won an Ophir Award for his role in The Band’s Visit film.

Shalhoub is likely departing the musical to film the second season of The Marvelous Mrs. Maisel, in which he plays a Jewish American living in Manhattan’s Upper West Side in the 1950s.

Gabai will be joining costars Katrina Lenk and John Cariani on stage. Many of the cast traveled to Israel to prepare for their roles in The Band’s Visit, but Gabai will probably still be able to teach them a thing or two.

And will Gabai have some local company while he’s there?

For more than a month reports have circulated that Israeli singer Shiri Maimon will be starring on Broadway as well this year – as Roxie Hart in the hit show Chicago. The news was reported in several Israeli media outlets, though Maimon herself has not spoken publicly about it. A representative for the singer told The Jerusalem Post last month and again on Wednesday that Maimon’s casting has not been confirmed.

Will this be the summer of Israelis on Broadway? It remains to be seen. 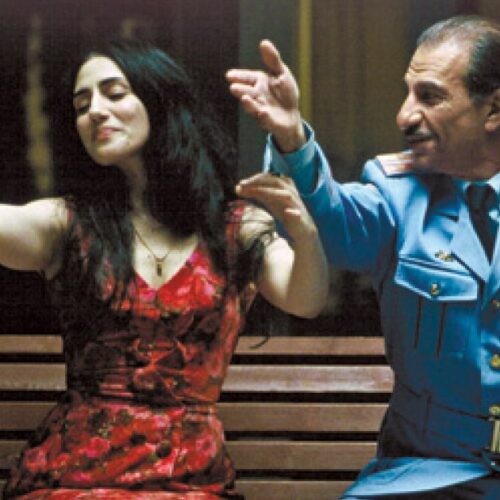