Oran Etkin is an internationally acclaimed musician, composer and educator described as “great clarinetist, excellent improviser” by New York Times critic Ben Ratliff. Etkin’s music combines influences from the Middle East and West Africa with the modern sound of the New York jazz scene. He received a Grammy Award for his work on charitable benefit compilation CD “All About Bullies,” as well as two Independent Music Awards (Best World Beat Album for “Kelenia” and Best Children’s Album for “Wake Up, Clarinet”). He has performed around the world with musicians ranging from rapper Wyclef Jean to jazz guitarists Mike Stern and Lionel Loueke. Etkin is also the creator of Timbalooloo, a unique method of teaching music to young children that has gained popularity in New York, LA and Paris.

1) What or who inspired you to want to be an artist?
When I was nine years old, my parents bought me my first two CDs—one of Louis Armstrong and the other of Mozart. The Louis Armstrong caught my ear so powerfully that for the next five years all I listened to was Louis Armstrong and his contemporaries. My parents took me to New Orleans to hear music played there and that just grew my desire to work hard to learn how to play this music. Since then I have had many other influences and have developed my own music in other ways, but I think I always try to make sure I retain the qualities about Louis Armstrong’s music that had such a power over me—the strong melodic sense and lyrical nature of his playing, the swinging groove and the feeling of freedom and spontaneity in his playing.

2) What was your creative journey that has brought you to where you are in your career today?
When I pick up my instrument to play or take a pen and paper to write new music, I want what comes out to be an honest and direct reflection of who I am at that moment and everything that has happened to me to bring me here: the countless hours listening to Louis Armstrong records in my room when I was nine years old; my dad or mom singing Israeli songs in the car while driving me to school as a child; the past decade of playing with various West African musicians here and in Mali; my study of Jewish music; my experiences studying formally or informally with jazz masters like Yusef Lateef,George Garzone, Dave Liebman and others; playing Brahms chamber music and learning to understand the importance of each note; spending time with the people I love… All these come together to influence the music I create now—I don’t have to think about them, but they are just part of who I am now so if I create music, it comes from me and I come from there.

3) What do you need as an artist today?
The most crucial thing for me personally is other people. The musicians I work with are very important to me—when we create music together, it is based on each other’s energy, so being around positive loving musicians is key. The other people I work with to help make things happen—the record label, booking agents, managers, etc. are all so important to me and I value them very much. In fact, the people at AICF are also an important part of that team and help create opportunities for people to hear my music. And of course the people who hear the music and interact with it as audience members are very important to me. Playing music consists of creating sound but even more importantly, listening. You can’t be a good musician without listening. So if the audience is really actively listening, you feel that, and they essentially become part of the band, because their presence and their listening is affecting the music.

4) What creative project are you working on now?
I am getting ready to record a new CD that will feature music inspired by my travels this past year. I’ve been lucky to perform recently in Indonesia, Japan, China, Hong Kong, Israel, Germany, Belgium, New Orleans. The album will include my interpretations of some songs I picked up in these countries performing with local musicians, and also original music that I wrote inspired by my travels and other experiences this past year. After that I will turn my attention to a very personal project based on stories that my grandmother told me before she passed away when I was eight! At the time, my mother bought a tape recorder for my brother and I, and we sat down with my grandma and recorded hours of her telling of her families adventures—ranging from the war in Poland, Israel before it was a state, and Ethiopia, where one of her brothers lived most of his life. The stories are of a world falling apart and people with deep ideals devoting their lives to helping their people out and building something new—as in the case of my Grandmother’s deep devotion to the founding of Israel. Alongside that, there are stories of people helping their family survive—as is the case with my Grandmother’s brother who lived in Ethiopia used diplomatic connections to meet with Heinrich Himmler himself in order to arrange for their other brother to be released from Dachau! The music I write will paint a picture of the room with two children in the first decade of their lives (me and my brother) and their grandma toward the end of her life, telling stories that range from Europe to the Middle East and Africa. The music will travel seamlessly like our imaginations did when we were hearing those stories. I am now in the process of looking for grants and support for this project—I want it to be a very special project and take the time to do it right. I also have an educational organization that I founded, called Timbalooloo that offers classes from infancy up through eight years of age. It’s based on a unique method that I developed to really teach the fundamentals of music in a fun way at an early age when children can learn how to speak languages fluently so that they can become fully fluent and comfortable in the language of music! I now have five teachers that I’ve trained in this method and we have music classes throughout New York—some in preschools and elementary schools and some in people’s homes—parents just get a group of their child’s friends together and we have a class once a week. We’ve been lucky that folks like Naomi Watts, Liev Schreiber, Harvey Keitel, Ken Burns and Edie Falco have all enrolled their children in these classes (some of them hosted the classes at their homes) and are endorsing the method. I also put out a CD for children called “Wake Up, Clarinet!” and do many full-band performances for children around the world (just got back from doing one in Tokyo!). I was honored this past February that a compilation CD featuring my music won “Best Children’s Album” at the Grammy Awards, which I hope will help us continue the work we’re doing for children. 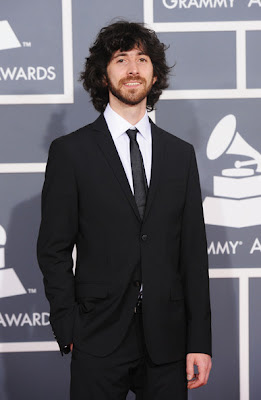 5) Where do you see yourself and your career in 10 years?
On the performance and recording side of my career, my definition of happiness is always to play music I love with people I love. I have been very lucky these past few years to tour a lot in Europe, Asia, Israel, and Africa, and share my music with a lot of different people around the world. I want to continue doing that and use it as a force to bring people together in a positive way in a time when many forces are pulling people apart and dividing people. On the educational method I developed and children’s music I do, with my Timbalooloo program, I want to grow the program and have more teachers doing Timbalooloo music classes for young children and eventually expand it beyond New York. I already have many families interested in it in Los Angeles and Paris who organize classes whenever I am on tour in those areas, so it will be natural to expand it to those places. Right now Timbalooloo releases my CDs that are based in this method and I do many live performances with a full band. I want to eventually expand that into other forms of media—write books for children based on these stories in Timbalooloo lessons, develop a television show around it and develop mobile apps for Timbalooloo.

6) What does it mean to you to be an Israeli artist?
The music that comes out of me is by definition a product of who I am. A large part of that is my Israeli identity, along with other elements of my identity as well. Israeli musicians have always musically inspired me. When I was a child my parents listened to Israeli musicians like Hava Alberstein, Arik Einstein, and Naomi Shemer, and that became a part of my musicality. Later I discovered many great Israeli musicians in all different genres and today I am inspired so much by the musicians of my generation and even younger, who are making absolutely amazing music! I feel a strong camaraderie among Israeli artists and while each artist is different and pursuing their own search for their own core through their art, I think there are also many shared experiences and world views that end up connecting our music as well.

7) What does it mean to you to have an organization like AICF available in the art world?
For me personally, AICF has been very critical in my career. I feel their support constantly, and there have been many instances when their efforts at showcasing my work, connecting to new audiences and new artists has been exactly the catalyst that was required to take my career to another level. But even more importantly than that, when I look at the totality of what AICF is doing, I see that it is not just a tremendous support for me personally but actually a force that is shaping, developing and enriching the whole plethora of Israeli art. I see so many of my fellow musicians that would not be doing what they are doing if it were not for AICF’s help—many of them who might not even be musicians if it were not for AICF. Even more importantly than the current artistic scene in Israel and outside Israel, is the almost unlimited potential for the arts in the future! In this sense, especially as an educator myself, I really appreciate the importance of AICF, the scholarship program and everything they’re doing to give the youth of Israel a way to express themselves to each other and to the world. 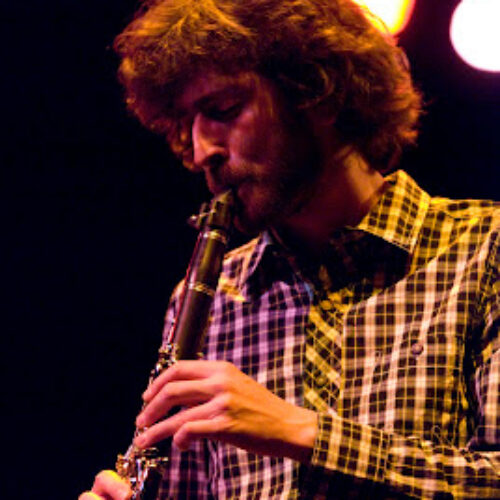