All shortlisted titles will be featured in the forthcoming issue of the PhotoBook Review and exhibited at Paris Photo, November 12-15, 2015. Additional exhibitions of the shortlist will appear in New York at Aperture Gallery in December, and in Tokyo at IMA Concept Store (exact dates to be confirmed) and at other venues thereafter. The shortlist jurors included Yannick Bouillis (Offprint Projects); Julien Frydman (LUMA Foundation); Lesley A. Martin (Aperture Foundation); Mutuko Ota (IMA magazine); and Christoph Weisner (Paris Photo). The final selection will be chosen by a jury in Paris, consisting of Frish Brandt (Fraenkel Gallery); Christophe Boutin (onestar press); Clement Chéroux (Centre Pompidou); Donatien Grau (author and editor); and Lorenzo Paini (EneaRighi Collection, Bologna). The final round of judging will take place during Paris Photo and the winners of each category will be announced at the fair on November 13, 2015 at 1:00 p.m.

Hush tells the story of a society living through a recurring loop of violent outbursts, in which, time and again, life is shattered into pieces and reconstructed. Through personal correspondence and Photographs spanning over a decade, Noa Ben-Shalom turns her camera away from the more obvious scenes of direct violence in order to focus on the subtle ways this conflict has permeated all aspects of life in Israel. 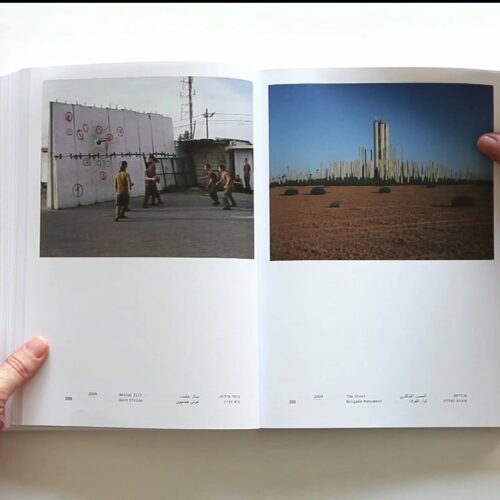