"More than 300 people attended the event, which paid tribute to the four as the most extraordinary and impactful Israeli artists" - New York Jewish Guide

As Haas thanked the AICF, she also told the audience about the death of her mother: “I lost my mother three months ago, and she is and will always be my inspiration and motivation,” she said. “I’ve learned everything about being the best person from her because she was that kind of person. But I also learned everything I know about acting from her. What are empathy and compassion, and how can we love other people regardless of how different they are from us.”

Asked what advice she would give to new young actresses, Haas said: “Keep the creativity and fire alive. It’s a combination of passion and compassion. But remember to also trust and let go because we’re all doing our best.”

AICF, a 501(c)(3) nonprofit organization in the United States, has played a leading role in the development of Israel’s arts and culture for the past 83 years, and its name is synonymous with culture in Israel. AICF’s ICA Awards honor Israeli artists in the performing arts, visual arts, music, design, theater, television, and cinema. The 2022 ICA Awards winners were selected by an esteemed panel of judges as well as a public vote of art lovers worldwide. More than 4,000 people voted online, ranking each finalist per category.

“With so many outstanding artists in Israel, and so many of them succeeding on the global stage, it was very difficult to select the winners this year,” said Iris Reff Ronen, Global CEO of AICF. “I’d like to congratulate our four honorees and wish them further success in the next phases of their careers. They are true cultural ambassadors for the State of Israel and help to shine a light on Israel as a global hub for the arts and culture.” 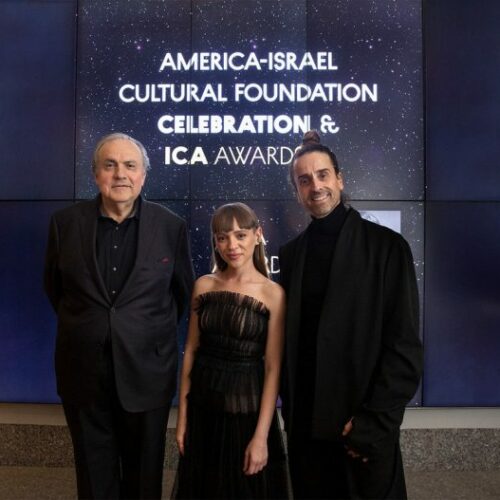