Photographer Natan Dvir has won first place at the International Photography Awards (IPA) for his series of photographs, “Platforms”, in the Special/Panoramic category.

“Platforms” is a series exploring the unique New York underground architecture and the people that temporarily pass though it. Millions of commuters from all walks of life meet temporarily while waiting for their train yet few actually interact with each other. The stations’ architecture is often repetitive and includes many square and rectangle motifs. The opposite subway platform is dissected by columns standing between the tracks and visually resembles a roll of photographic film. One needs to scan across in order to see the complete picture. The space is fragmented into virtual display windows inviting a voyeuristic opportunity to gaze at commuters traveling in the opposite direction. Interactions, or lack of, manifest themselves in the body language and spatial locations of the people observed. The platform becomes a stage of sorts where the “actors” take their place until the train passes and invites the following act.

You can read more here. 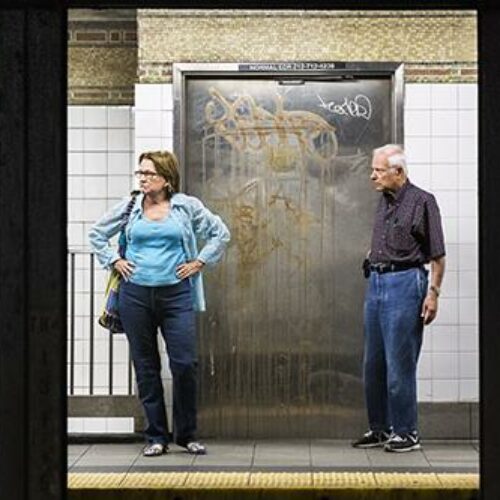