Nani Noam Vazana is one of the only artists in the world that write & compose new songs in the endangered Ladino language. In her new album “Ke Haber” (which means “What’s New” in Ladino) she captures the spirit of the ancient, matriarchal language and culture and propels it into the 21st century with socially pertinent lyrics, celebrating migration, gender and female empowerment.

The soundscape bridges over tradition and modern life, capturing the sounds and smells of the marketplace and fuses them with raw, flamenco like vocals and surprising instrumentations. Soft choral-like trombones embellish mariachi guitars & percussion with glimpses of piano & cello tracks, make this record a magical realistic mosaic. Nani unveils a piece of history we don’t easily find in other mythology & anthropology.

Watch Nani performing 4 songs from her new Ladino album ‘Ke Haber’ (What Is New) and giving an interview with Kathryn Tickell on BBC Radio 3.

Songs (by the order of appearance):
No Kero Madre (No Mother, I don’t Want)
Shape of My Heart / Mi Korazon (My Heart)
Una Segunda Piel (A Second Skin)
Fada De Mi Korazon (Fairy Of My Heart) 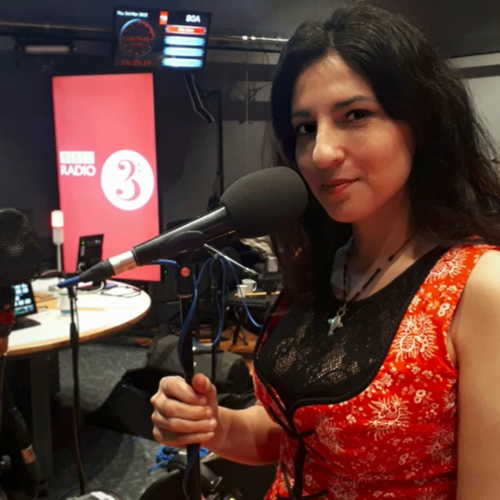