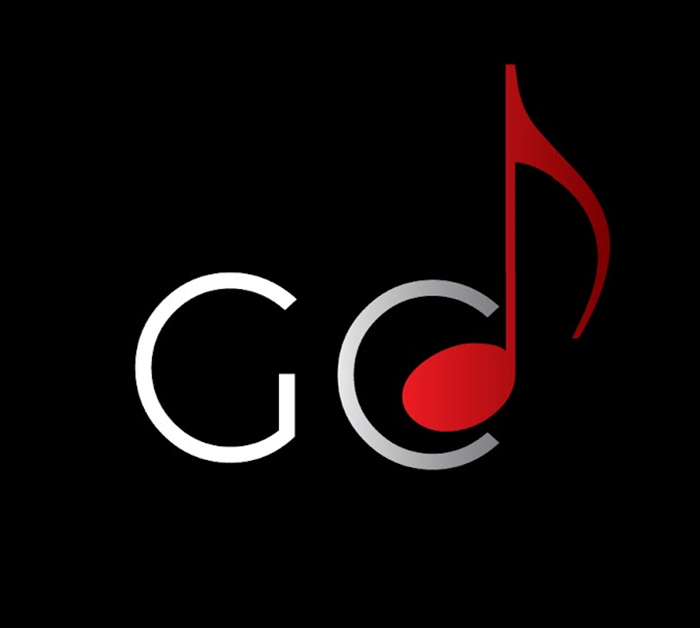 In 2009, music journalist Ilona Oltuski founded GetClassical.org to share her enthusiasm for great talent and to further classical music’s presence in today’s nightlife scene. WWFM has engaged in a partnership with GetClassical, broadcasting GetClassical performances to its wide audiences.

More about GetClassical: “… with a feel that’s downtown Manhattan by way of 19th century Paris salon…, its variety show atmosphere is known to draw audience members to the stage. And quite a variety show that can lead to, given that the last installment’s couches were filled with musicians, ranging from arty Juilliard students to Carnegie Hall darling Evgeny Kissin.”     (Harper’s Bazaar)

1) What inspired you to found GetClassical?
GetClassical started with my blog posts about musicians I interviewed. It was important to me to get their feedback; I wanted them to feel understood! When I was told that I “got them,” that was the greatest compliment for me. 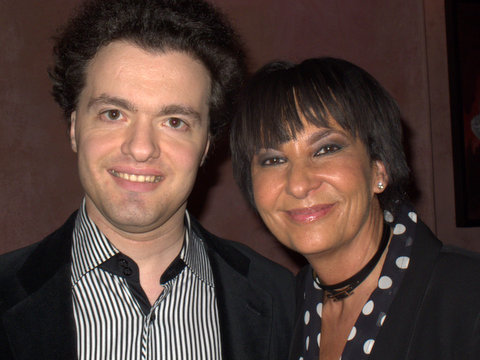 2) What was your creative journey that has brought you to where you are in your career today?
As my blog GetClassical grew and I got to interview more and more established artists, I wanted to share my enthusiasm for the great talents I encountered further, also through producing my own concerts. GetClassical concerts are geared to advance classical music’s presence within today’s nightlife scene, enhancing the concert experience for new audiences, through a more social and intimate environment.

3) What do you need to sustain and grow GetClassical?
While these pop-up concert productions are a successful and appreciated collaboration with the artists, the most difficult undertaking is to guarantee the artists a steadily growing audience, independent of their own fan base. Since GetClassical functions so far without any major sponsorships, the artists – as well as the fees for video, audio, PR material – are covered (or not) by ticket sales. WE NEED SPONSORS!

4) What creative project are you working on now? 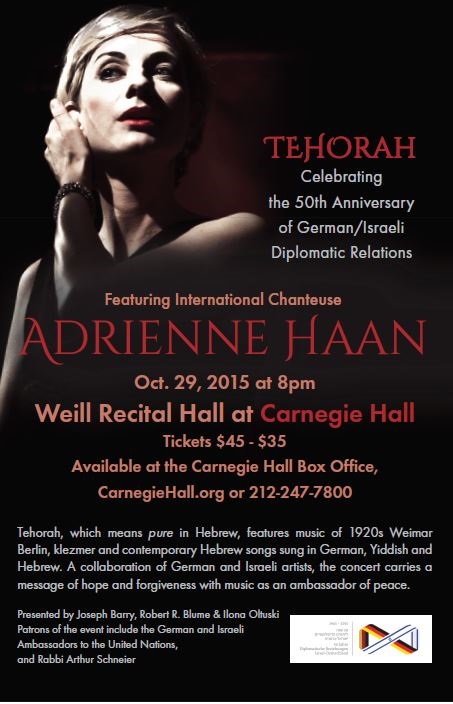 Besides my monthly concert series at Zinc Bar and public salon events at a range of venues like India House, LePoisson Rouge, the Louis Meisel Gallery in Soho, and in 2016 also the Yamaha piano salon,  I am preparing a wonderful collaboration between German singer Adrienne Haan with an Israeli string quartet in a German/Israeli program called “Tehorah”, at Weill Recital Hall at Carnegie Hall.  It was created to honor this year’s 50th anniversary of German/Israeli diplomatic relations after the war. The October 29th concert constitutes a very meaningful cultural outreach. With music sung in Hebrew, Yiddish and German, the participation of Israeli and German artists embodies the need to engage in a shared future and encourages dealing with the past. Patronage for the concert includes the Israeli and German ambassadors to the UN, as well as Rabbi Arthur Schneier of Park East Synagogue and Appeal of Conscience Foundation. Especially at times of so much disconnect and political isolation, I am very happy to act as a mediator for cultural relations wherever possible. I see this as a very important task for every Israeli artist today. Another upcoming GetClassical event in commemoration of the Armenian Genocide, features a first time New York City collaboration of internationally renowned cellist Mischa Maisky, with his pianist daughter Lily Maisky, pianist Lena Lisitsian and violinist Alissa Margulis at LePoisson Rouge. All of these European artists bond when performing at the yearly Martha Argerich Project in Lugano, Switzerland. Dr. Annie Dutoit will speak to the theme of the evening.  I love concerts with a broader, meaningful theme. 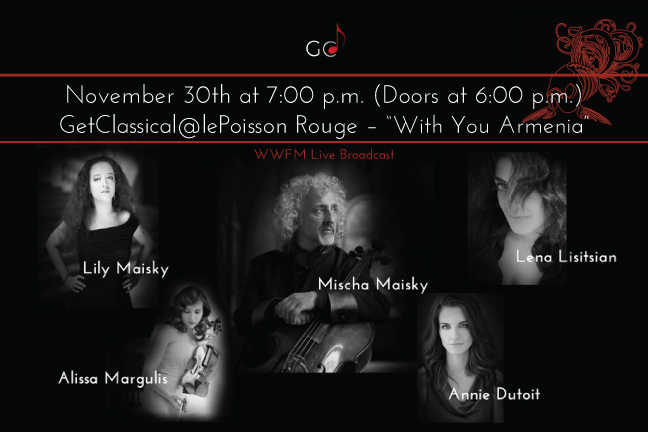 5) Where do you see yourself and your career in 10 years?
I hope to continue to build more love and understanding for classical music and musicians wherever possible. Let’s see if I will succeed through my continued efforts as a journalist, concert producer, here or elsewhere.

6) What does it mean to you to be an Israeli artist and work with Israeli talents?
am actually German/American and Israeli – grew up in Germany and live in New York. That gives me a broad and distinctive understanding of all three cultures and outreach possibilities in many directions. I do not want to miss any of these aspects of my background. Each has had its explicit cultural impact on my identity and enables a different outlook and a multitude of relationships.

7) What does it mean to you to have an organization like the America-Israel Cultural Foundation supporting Israeli culture in the past 76 years? 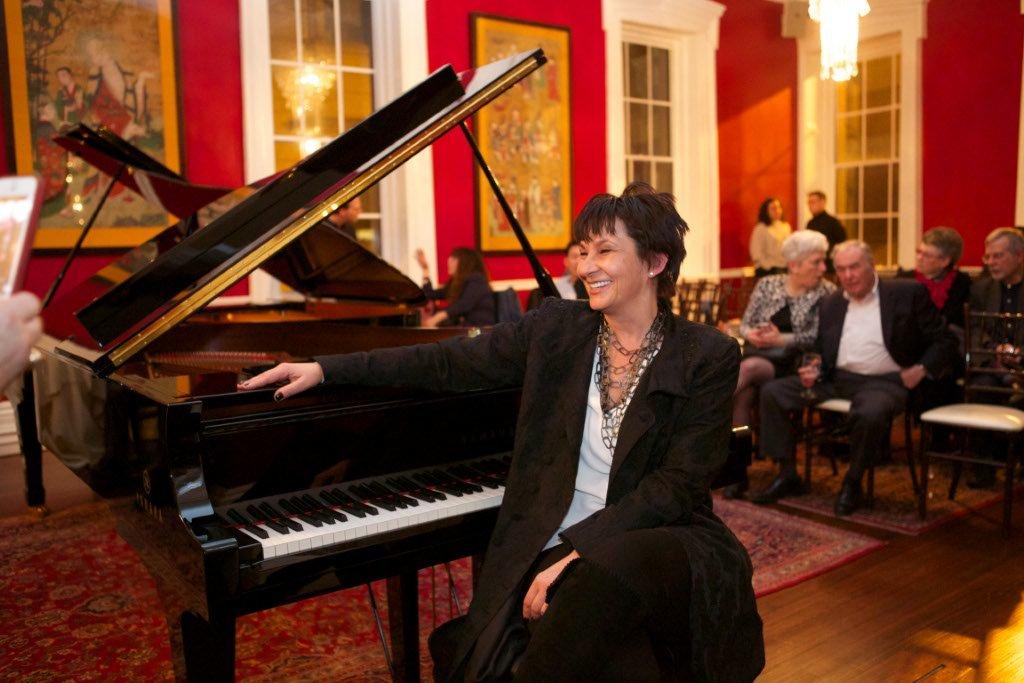 AICF is indeed a very important networking possibility, offering support for many of the artists in Israel and newcomers to the USA. Many of the artists I have worked with have had many doors opened by this great organization. Many of its veteran members give a helping hand to young artists. I would be very interested to explore more possibilities with having events that connect art, music, and dance through performances and exhibits. I could also see myself collaborating with a larger cultural organization… but perhaps reinventing the wheel each time is just my thing… 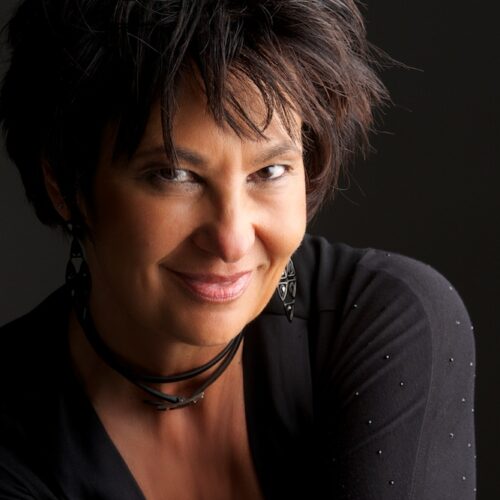