With the release of his new album featuring his original music, Composer and Saxophonist Ilia Skibinsky has established himself as one of the leading young voices in the fields of jazz and contemporary music. He is described by peers and collegues alike as possessing an exceptional ability to navigate a wide array of styles while still maintaining his unique voice. While still in his twenties, Ilia has already had the chance to share the stage with numerous acclaimed artists from Israel, as well as prominent international musicians such as Arnie Lawrence, Avi Lebovich, ECM recording artist Arkady Shilkloper and Grammy Award winner David Sanchez, to name a few. He was immersed in the New York music scene and performed at many venues such as  Lincoln Center with a variety of people like Joanne Brackeen, Rodney Green, Larry Graham, Mike Moreno,Bobby Sanabria and others. Ilia also spent 15 month on tour with Cirque Du Soleil in US, Canada and Japan, where he played both keys and saxophone.Ilia was awarded the AICF Scholarship from 2002 through 2006, including an Excellence Scholarship in 2004.

Where are you originally from?
Bat Yam, Israel. We moved to Israel in the 90s, when I was about 8 years old.

When did you start playing the saxophone?
At 14. I didn’t go to a music school, but I studied privately. It happened quite coincidentally. We had a music enrichment class at the school, and I felt myself drawn to the instrument.

Did you play music beforehand?
There had always been a lot of music – classical, mostly – in the house; my mother is a pianist and piano teacher, and my sister, Anna Skibinstky – also a long time AICF recipient – was on her way of becoming the acclaimed opera singer she is today. So I naturally started playing the piano when I was very little. My mother taught me for a couple of years, and then I continued exploring it by myself.

When did music turn into something you did seriously?
Until I turned 17 I hadn’t been very serious about music, although I loved it and enjoyed playing. When I turned 17, something started to shift, and I became much more dedicated to it. I started practicing seriously and investing the hours. I also got interested in composition, even though I didn’t fully realize it was happening and didn’t really know what I was doing. I had the privilege of getting to know and playing with some outstanding Israeli musicians during those critical high school years, and I was tremendously influenced by them and followed their lead in many ways.

Who and what were your biggest inspirations in becoming an artist?
On some level, I always had this feeling that music will become the main force in my life. I was also lucky to find a group of wonderful friends in my home town, who allowed me to express my creativity and provided constant inspiration. If I had to mention certain names I would say that my mentors were – Daniel Tamir, Boris Gammer, Slava Ganelin and the late Arnie Lawrence, who dramatically changed my concept of improvisation and music as a whole. These are the people that influenced me during the times I was making my first steps towards a professional career in music.

What happened after high school?
When I graduated, I went to study at the Jerusalem Music Academy. Two years later,  I got a scholarship to study Saxophone Performance at Berklee, so I left the Academy and moved to the US. I stayed there for one semester only, because I quickly realized that I wasn’t prepared for the experience of living in the US yet, and I decided to go back to Israel. I started working for a lot of theatres and TV productions when I came back to Israel, such as Beit Lessin’s versions of Chicago and Guys and Dolls, and shows like Dancing with the Stars. 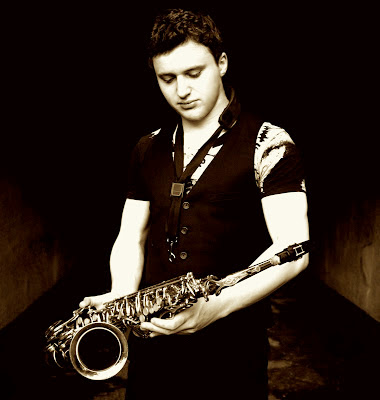 What has your creative journey been since then?
After a year or so of working, I felt the urge to complete the Bachelor’s degree I had left behind. New York seemed like the right place for what I wanted to do, so I applied to the Jazz department at the New School and I got a scholarship. I graduated two years ago. During the 11 years I have been working as a professional musician, I feel that I have been fortunate to perform in many countries and a multitude of various projects of vastly varying styles. I was always interested in different genres and directions. Today, it has brought me to a point where I can be creative in various fields of the industry: composing classical chamber and symphonic music, producing songs and beats in a variety of contemporary styles, or playing saxophone with my own jazz group.

What do you need as an artist today?
In different point of an artists life he/she needs different things. Financial support is very important, simply because some ambitious projects can not be realized unless you have the means to do it, which many artists simply don’t have. Support of your family, friends and colleagues is also extremely important, since a journey of an artist can be a nerve wrecking experience…many people quit and give up during difficult times because no one was there to support them. I also believe that whatever you do, you have to be versatile and inventive. There is no point to do what everyone else does, unless you are dealing with music where originality is not the main factor,  which is perfectly legitimate. Whatever the case is, I believe that if you put both your heart and mind to it, even the most trivial thing can become special. Fashions and trends change, but they don’t come out of nothing. Someone creates them. I believe we need to learn, evolve and learn the business side of music as well. This is actually extremely important.

Talk about your recent album, and about the ISK Quartet.
The album is called The Passage, and it was recorded in New York and released in Fall 2012, by Mythology Records, a label owned by the saxophonist and composer David Binney. We’ve already received wonderful reviews. The Quartet is composed of piano, drums, bass and sax. There are various musical qualities and styles interwoven throughout the album – World Music, Classical Music, Modern Jazz and more. Every piece in the album has a different influence: from Middle Eastern, Klezmer and Balkan sounds to Classical, Cinematic and Far Eastern tones such as traditional Indian sounds. The compositions in the album are of different structures, which creates a suite-like form. At the same time, there is a flow between the pieces, and the album functions as a whole.

What are you working on now?
Following the release of The Passage, I am now planning my next project. In recent years I have found a growing interest in various types of writing from music for motion pictures to electronic, experimental and contemporary popular styles. While my debut record is rooted in Jazz (though it has many other influences), for my next project I want to create something that will incorporate all the aforementioned influences – cinematic, classical, electronic, ethnic and other styles in an ensemble which will be capable of creating  the sound of a large symphony orchestra in a more “intimate” setting.

What does it mean to you to be an Israeli artist?
Being an Israeli artist means that I represent Israel in the world. It is a world full of controversies and conflicts, some of which are directed towards Israel. I feel it is my obligation to tell the world about Israel’s culture and show that music is above the petty, trivial things. Music is a higher power that can bring people together.

What does it mean to you to have an organization like AICF available in the art world?
AICF has given me the support I needed as a young artist and helped me to reach this point of my journey as an artist. I value its assistance very much and think that it is wonderful that we have it in Israel, especially considering that it is probably one of the only funds in the country of its kind. Seeing festivals being closed and the funding for culture and art being constantly cut, having AICF around is reassuring that there will always be people whose mission is to support art and culture. 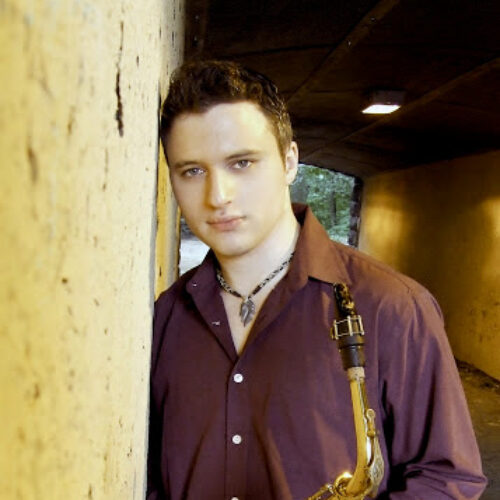