Iddo Gruengard is an emerging director, originally from Tel-Aviv. Iddo graduated with merit from the MA in Performance Design and Practice in Central Saint Martins. With a background in Architecture (B. Arch from Tel-Aviv University) and Acting (Channel 1 Israel and stage), Iddo combines his interdisciplinary skills to follow his passion for performances that investigate space and social relations. In March ’98, Iddo had a motorcycle accident while traveling in India, which left him a paraplegic T5-6, confined to a wheelchair. Since then he’s been active and productive, challenging notions about disability.

1. What or who inspired you to be an artist?
I was a very shy teenager, very angry. I couldn’t talk with girls. Then, in drama class at school, I was suddenly able to connect and make people laugh. I made a girl I was fond of laugh and that opened my heart. My second inspiration was performances and films that touched me. I was in an amazing performance in a car that drove through the city in search of a whale. I was mesmerized. 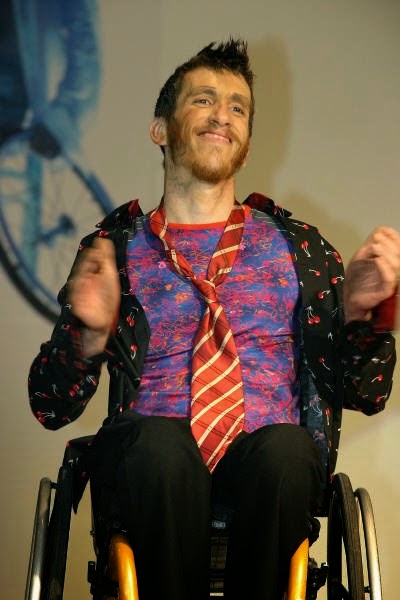 2) What was your creative journey?
I started as an actor when I was a teenager, acting a double role of the town’s fool and the murderer in Andora by Max Frisch. After my motorcycle accident in India, which left me a paraplegic in a wheelchair, I decided to study architecture, which seemed more stable at the time. I loved the abstract thought and expression. Meanwhile I made documentary films and initiated events. I Initiated a fashion show called “Disabled and Sexy.” Later on, I got a role on a TV crime series. After my studies, I worked as an architect and trained as an actor and director. Then I went to London, for my M.A. studies in performance, and I began to direct my own shows. I started making site-specific performances and researching how to reach an audience with a classic text. I am drawn to experimenting with space, physicality, and video. Next, I co-directed an international cast on the topic of instability. All this led me to the show, Metamorphosing, which co-opts Kafka’s story to tell my own experience after my injury.

3) What do you need as an artist today?
First, I need an itch, something that bothers me that I need to respond to. Then I need a narrative, an image, a metaphor to start my journey. But on a more practical level, I need stability and opportunities to promote my art, so I can focus on my creativity and make it available to the right audience.

4) What creative project are you working on now?
I have been working on Metamorphosing, which is a performance about adapting to physical change, caused by natural, traumatic, social, or technological conditions. The performance reworks Kafka’s story “Metamorphosis” to tell the story of my post-traumatic experience after a spinal cord injury, which left me in a wheelchair. The stories of three characters, each struggling with their own metamorphosis, intertwine into a performance based on movement, all overseen by a doctor. The work on this project has been a very strong emotional journey from me, almost therapeutic. It was last produced in Camden Fringe Festival in London in Summer ’14, with wonderful reviews. 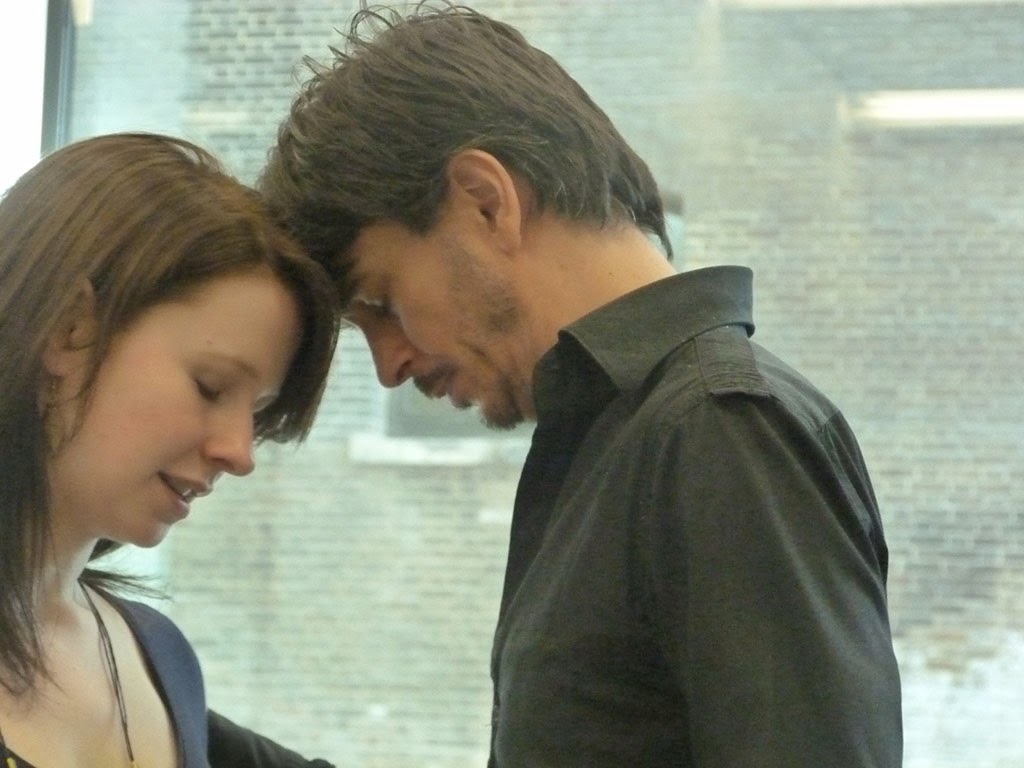 “Unlike the caterpillar, we remember, we can’t help but look back at the creature we used to be and regret of what we might have lost. This for us is the great irony at the heart of metamorphosis, the same part that realizes the metamorphosis, our mind, is the same part that fears it the most. We are one creature that can change the definition of life. We can become anything. Here we are the most changeable creatures and we are so troubled about it, but maybe that’s what being human is all about.”Metamorphosis, The Science of Change (BBC)

These days, I am producing the Accommodation Fringe Festival in Israel. I am also performing at Miklat 209-performance platform in Tel Aviv.

5) Where do you see yourself and your career in 10 years?
I see myself back in Israel making performances related to our environment and social issues. I’d also like to research audience participation and digital media in performance. I could join a theatre or run an independent artistic company. I also hope to work for the academy and create courses about post-dramatic performances and interdisciplinary collaborations, which are not common in Israel. I see my shows touring internationally. 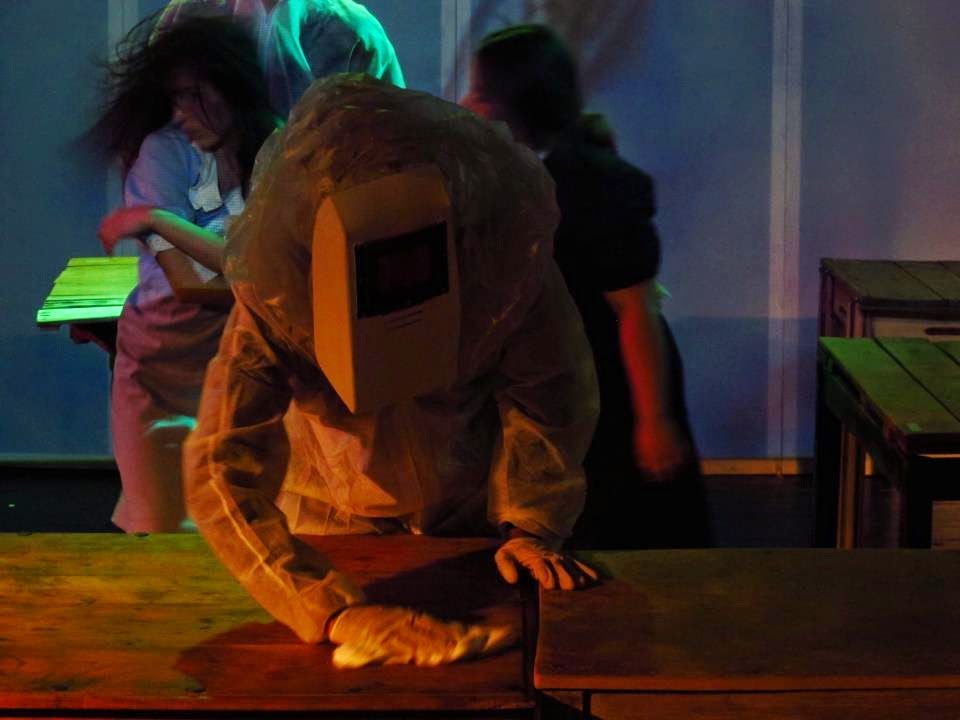 6) What does it mean to you to be an Israeli artist?
It’s a very young and complex country, which is why one might feel one’s self contributing to its very definition. You almost can’t avoid the political issues. I strongly believe that the personal and the political are two sides of the same coin, and so every project has in it both the essence of Israel and its effect on me. I find Israeli artists to be very honest yet abstract at the same time.

7) What does it mean to you to have an organization like the America-Israel Cultural Foundation supporting Israeli culture in the past 75 years?
Actually, I just became familiar with AICF not long ago. I am happy and I think it is very crucial to have an organization that promotes Israeli culture. I think Israeli art is very sensitive, concrete, and original and so the AICF is a very good promoter of Israel. Because the country is so small, artists must take their art outside in order to survive. This also opens a dialogue with international art and makes it more universal. An organization which understands the importance of Israeli art is a wonderful thing. 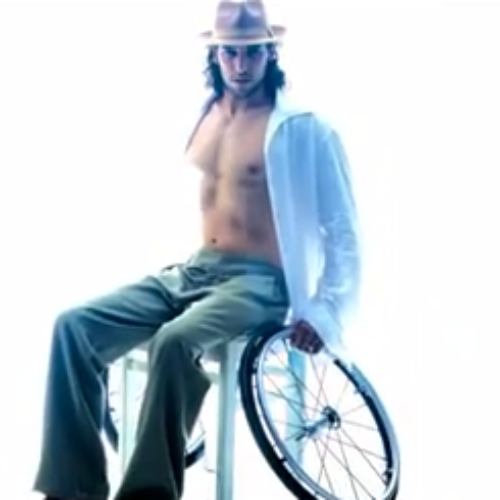