“Sounds of Transformation”, Geneva Camerata’s debut album, will be released on January 19th by Sony Classical. Built in the form of a palindrome, this recording presents an unusual and compelling journey between the worlds of Baroque, Classical, Jazz, and Contemporary music, featuring jazz pianist Yaron Herman.

Throughout the album, the Geneva Camerata, led by conductor David Greilsammer, presents, alongside jazz pianist Yaron Herman, a striking succession of pieces, all connected by imaginative and unexpected musical bridges. At the heart of the programme, Ravel’s luminous Piano Concerto in G is played and conducted by David Greilsammer, then followed by a surprising series of masterpieces by Marais, Rameau, Ives, Purcell and Lully, all surrounded by improvisations by Yaron Herman, his drummer Ziv Ravitz, and the orchestra’s musicians. 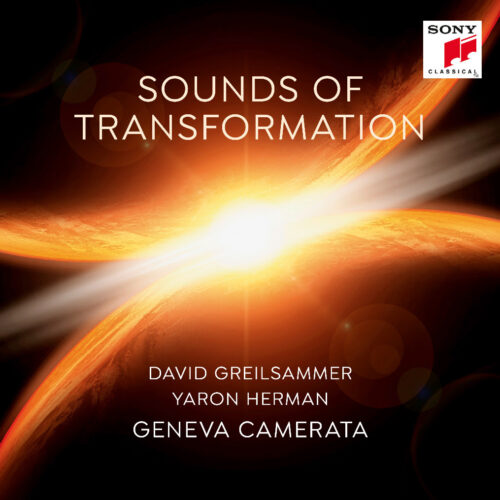