David Broza’s latest album: EN CASA LIMÓN, released in late August 2020, was produced by Grammy-award winner Javier Limón. As Broza’s first endeavor at an all-instrumental guitar album, the album was recorded at the Casa Limón Studios in Madrid, Spain, a “magical place” where some of the world’s greatest guitarists, including Paco de Lucia and Tomatito, recorded their albums.

Eleven of the twelve recordings on the album were played using Paco de Lucia’s guitars.  The guitars had not been touched since Paco de Lucia passed away in 2014.

Producer Javier Limón directed the undercurrents of nuevo flamenco to a confluence with Broza’s other musical influences.

Israeli musician Tali Rubinstein, an AICF grant recipient (as Broza himself) participated in the recording of the album, alongside some of my favorite musicians: Israel Suarez “Piraña” on percussion, Dany Noel on bass, Randy Brecker on trumpet, Layth Sidiq on violin, Antonio Serrano on harmonica and Delfina Cheb on vox. 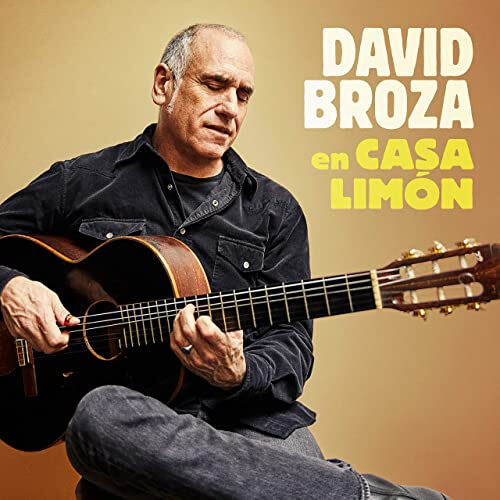