Dan Pugach is a Brooklyn-based drummer and composer originally from Raanana, Israel. Described as “Rock-solid on drums” by Frank Alkyer (Downbeat), Pugach has performed with world-renowned artists, such as Tom Chapin, Livingston Taylor, Sloan and Lucy Wainwright, Ingrid Jensen, Rosa Passos, Airto Moreira, Gregoire Maret, Billy Drews, Jeremy Pelt, Wayne Bergeron and Dave Stryker, to name a few. He has recorded albums with artists, such as Terri Lyne Carrington, Banda Magda, Juan Andrés Ospina Big Band, Ric Molina, Nicole Zuraitis, Jorn Swart, Sam Blakeslee, Tim Porbaix, and many more projects. This multi-style collection of work has got Pugach his reputation as one of the most versatile and sought-after drummers in New York City.

Dan Pugach Nonet is a 9-piece ensemble, which features Dan’s original compositions, as well as his inventive arrangements of jazz standards and pop songs. It consists of three brass, three woodwinds and three rhythm instruments. This project has already won two ASCAP Jazz Composer Awards and a prestigious residency at the Kennedy Center for the Arts in Washington D.C. Its debut album was recorded in 2017 featuring special guest trumpet player Ingrid Jensen.

Pugach served his mandatory three-year military duty as the drummer of the prestigious Air-Force Orchestra in IDF while pursuing a diploma at the Rimon School of Jazz. He received his Bachelor’s degree from Berklee College of Music and his Master’s from the City College of New York, where he studied under jazz legends such as Hal Crook, Joe Lovano, George Garzone, John Patitucci and Terri-Lyne Carrington.

I was always inspired by large ensemble music that varied in style from Count Basie and Duke Ellington to Maria Schneider, Bob Mintzer and Thad Jones/Mel Lewis but did not believe that I could write it myself. I discovered I had good intuition for composition through my studies with composer/conductor Mike Holober, who served as Associate Director of the BMI Jazz Composer’s Workshop. He exposed me to writing for chamber ensembles and I have been pursuing this path ever since.

I grew up surrounded by instruments because my older brothers played classical piano, violin and drums. I was always attracted to the drum set for fun with no real intention of becoming a professional musician, let alone become an artist. I played on pots and tin chocolate boxes until I could reach my brother’s run-down drum set. It wasn’t until my father pushed me to take lessons with jazz guru Arale Kaminsky that I learned about jazz and started treating music seriously. My ‘business model’ was to follow the path already paved by friends whom I considered as successful, such as Uri Gurvich, Gilad Ronen and Shlomi Cohen, who all happen to be saxophonists. 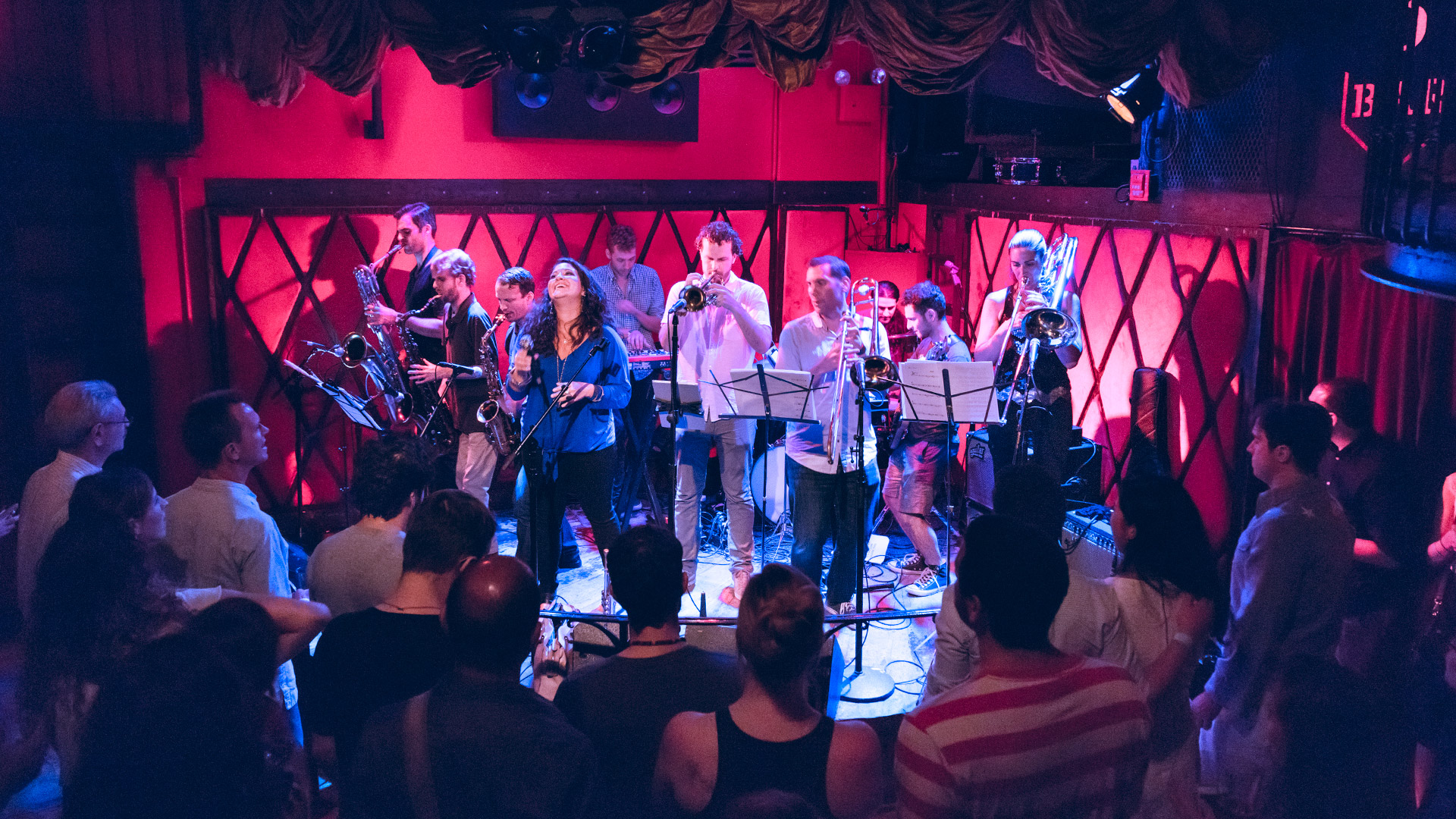 Access to audience, time for craft and creativity are all basic needs. An Artist in 2017 has no choice but to to act as his/her own booking agent, secretary, tour manager, promoter, publisher and much more in order to survive and reach their goals. This leaves little time for practicing the instrument or composing the next masterpiece. Acknowledging the necessity of the arts and understanding the effort that goes into making it accessible would both help in getting assistance from art organizations, patrons and governments, and as a result would free the artist to focus solely on making art.

At the time of this article I had just finished my debut album recording as a leader of Dan Pugach Nonet, which I am very proud of. This project has been in the works since 2011 and I am excited it is finally coming to life. I am also involved in few other exciting projects that will be released by the end of the year which are Nicole Zuraitis Group, Sam Blakeslee Quintet, Juan Andrés Ospina Big Band, Eduardo Belo Quintet and Jon Crowley Large Ensemble. 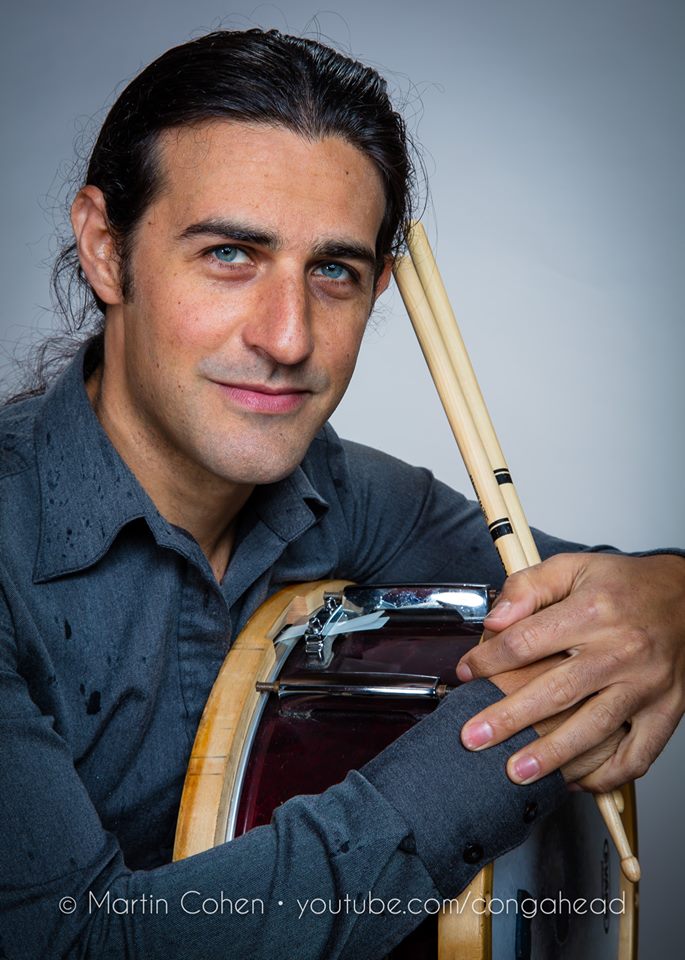 In ten years I expect to have doubled, tripled and quadrupled my fan base, toured all over the globe playing my original music or music that inspires me and released many more album recordings. A few Grammy awards and some grants would’t hurt.

That is a question I have been asking myself since I moved to the United States. It wasn’t until recently that I realized that in order for me to qualify as an Israeli artist my music does not have to sound Jewish, sung in Hebrew or consist of Middle-Eastern traits. Being an Israeli artist means that I am an artistic ambassador for Israel as a culture, which I am proud to be. Growing up surrounded by the various ethnicities and cultures in Israel has really shaped me as a musician.

America-Israel Cultural Foundation is exactly what the artist needs because it serves as an international community and backbone for artists that share the same heritage. In return the artist’s responsibility is to promote the best content Israel has to offer. This foundation has done so much for Israeli artists that the world cannot stay oblivious to the amount of talent coming out of Israel. 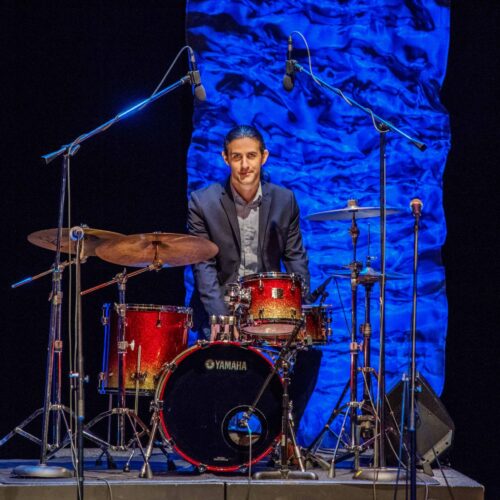