Dan Aran established himself as an in demand side man in the New York Jazz scene shortly upon arrival to the US in 2001. Dan graduated from the the Rubin Academy of Music High School at seventeen and was already a busy drummer in the Israeli music scene, playing with a number of different groups, including performing with bassist Avishai Cohen, the Amos Hoffman group, Omer Avital and with Mr. Arnie Lawrence’s groups. He has performed at most of the major venues in Israel, including the Jerusalem Theater, the Camelot, and the International Red Sea Jazz Festival.

Dan continued his education by enrolling at the New School University, located in New York City. He graduated in 2004, earning a BFA in performance, and is now an active player on the New York City scene. He has played in major venues in the U.S, Europe, the Middle East, and Asia, and is active in both the jazz scene and in the world music scene.

1) What or who inspired you to want to be an artist?
My first inspiration was my mother who is a self-taught guitar player and singer. For every occasion, a birthday celebration or a holiday my mom would play and sing. She also had a great collection of records, classical for the most part, but also some Fats Waller, Stevie Wonder and folk music. Basically there was always good music at our house. In my early teens my stepfather exposed me to jazz records. I fell in love with that music and would listen to records for hours, memorizing solos and melodies and learning drum parts.

2) What was your creative journey that has brought you to where you are in your career today?
I started working with local musicians in the Jerusalem area in my teens. Bassist Avishai Cohen and guitarist Amos Hoffman were both a huge inspiration to me and exposed me to Latin music, African rhythms and different genres in jazz. I was working as a sideman all over Israel and upon completion of my service in the IDF I decided to move to NYC to attend the Jazz Program at the New School University, where I studied with some of my idols. While at school, bass virtuoso Omer Avital introduced me to a pianist named Harry Whitaker, with whom I developed a close musical relationship. I played in Mr. Whitaker’s trio from 2002 until his death in 2010. I had the privilege of recording a trio record with Mr.Whitaker and Mr. Avital and to share the bandstand with Mr.Whitaker on a regular basis. My connection with Mr. Whitaker led me to start writing my own music and I recorded my debut recording “Breathing” (Smalls Records) in 2009. Since my arrival in NYC I have played as a sideman and as a leader with many great musicians and had the privilege of playing, recording and touring with some of my heroes.

3) What do you need as an artist today?
As an artist, what I really need today is to have the time and space that would allow me to practice, write and rehearse.

4) What creative project are you working on now?
My most recent endeavor is co-leading a collective band called “Migrant Workers”. We just recorded our debut recording that will come out on the Posi-Tone record label. The members of Migrant Workers are Australian saxophonist Nick Hempton and three Israelis: flautist Itai Kriss, pianist Jack Glottman and bassist Tal Ronen. We’ve been playing together on a weekly basis for the past 10 years and this year we decided to record an album: 10 original songs, two songs from each one of us. We are playing in the NY area and are working on a tour in Israel in the next months. Other than that I am writing music for my next record as a leader and am busy as a sideman with the Nick Hempton Band that has a regular slot at the wonderful Smalls Jazz Club in NY. The band is getting ready for the release of our 3rd record followed by a West Coast and Canada tour. Another fun project I am involved in is recording and playing with Hong Kong based singer Bianca Wu, with whom I’ve traveled to Hong Kong and Mainland China in the past two years. Aside from these regular bands I am working most nights of the week as a sideman with different bands. 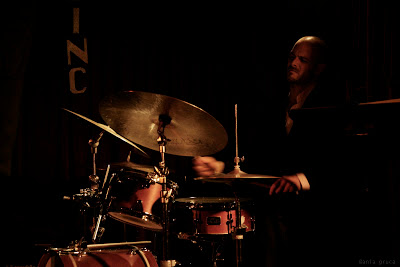 5) Where do you see yourself and your career in 10 years?
In ten years I hope to find myself post a few more records as a bandleader, touring the world (I love traveling), and probably living, playing and teaching in Israel.

6) What does it mean to you to be an Israeli artist?
Being an Israeli artist for me means having diverse musical influences. I grew up exposed to so many styles of music: Eastern European folklore, Arabic, North African rhythms and classical music. I feel that the nature of Israel with its ethnic diversity is wonderful for an artist and in particular for musicians. I feel that as an Israeli it is my duty to give an example for tolerance and to strive for equality and justice for all inhabitants of Israel. It is our duty as artists to hold the torch of understanding, listening and conversation.

7) What does it mean to you to have an organization like AICF available in the art world?
The AICF is a very important part of so many Israeli artists. Young artists are given the opportunity to study, practice and pursue their careers as the AICF provides scholarships. It is of the utmost importance for the artist in any stage of his/her life to be able to work on their craft without being constantly restricted by financial difficulties. In today’s world the help that the AICF provides is essential. The AICF has helped me with immigration issues and with getting the right exposure as a bandleader. 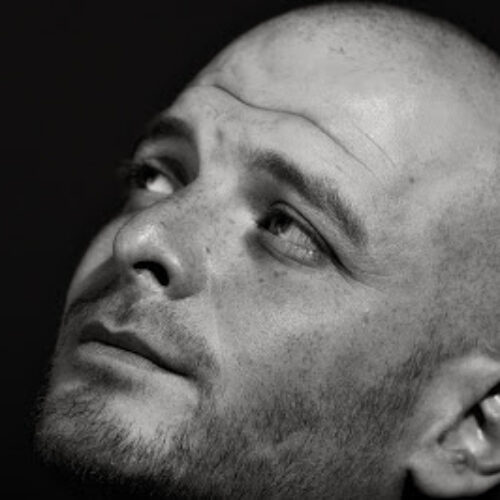