Avital Burg is an Israeli painter, currently residing in Brooklyn, NY. Burg attended the Bezalel Academy of Art and Design, Jerusalem, and completed a master class program at Hatahana School of Figurative Painting and Drawing, Tel Aviv. Burg currently attends the New York Studio School for Drawing, Painting, and Sculpture. Her work deals with both traditional genres and subjects from Israeli current media reports. In her work Burg utilizes methods that are deeply influenced by the great masters’ tradition of painting, yet is well aware of, and rooted in contemporary art. Burg had a solo project exhibited in Hanina Gallery, Tel Aviv, and has participated in several group shows in Tel Aviv and New York. She received the 2003 Award for Excellence in Honor of Ayala Abramov, Israel Museum, and her works are included in the “Bank Leumi” collection, Mr. Dov Shiff Collection, Tel Aviv, as well as other collections world wide. Burg also works as an art correspondent for Israel’s Haaretz newspaper.

1) What or who inspired you to want to be an artist?
Since I can remember, the only after-school activity that I was ever interested in was art. My parents sent me to ballet, science classes, and piano, but the only thing that always lasted throughout my whole childhood and high school years was my interest in art. I spent many happy hours in the Israel Museum, studying and making art, but still never considered it as a “career”. I guess I never thought of a career at all at that stage. When I had to choose, art seemed to be the only option. It also helped that when I was twenty I met my boyfriend, saxophonist and composer Yoni Kretzmer, who had already started a career as a musician in Tel Aviv and Paris, and he inspired me to have the courage to go for it with all my might and force.

2) What was your creative journey that has brought you to where you are in your career today?
The one thing that has led me, so far, in my career choices was the notion of becoming the best painter I could be. Even if this meant that I sometimes had to choose not to take the “wiser” step career-wise.  In Israel I studied with the painters that I thought could teach me the most, Ariel Asseo and Aram Gershuni among them. Moving to New York was the biggest step in my creative journey. Here, I am always seconds away from endless sources of inspiration (at the Metropolitan Museum of Art and many other great institutions) and am surrounded by the best artists.

3) What do you need as an artist today?
Things that are always here in New York: visual stimulation in everyday life, a supportive artist community, endless verity of art supplies, good art exhibitions. Things that are in shortage in New York: a space to work in (with daylight), time…

4) What creative project are you working on now?
I’m working toward my graduation show on a series of paintings from direct observation, depicting a world that I build in my studio from cardboard boxes, clay, and tape. Some of the paintings include large-scale portraits, and all of them are part of another phase in my constant and somewhat melancholic contemplations about being away from home, about painting as a stand-in to emotions and realities. 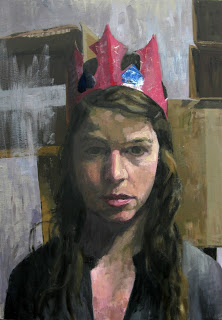 5) Where do you see yourself and your career in 10 years?
Still painting, doesn’t matter where, having good visibility and discussion about what I make, and feeling I’m perusing my artistic goals with conviction.

6) What does it mean to you to be an Israeli artist?
It means to be in a kind of “Catch-22”: missing home painfully all the time, but knowing that New York is the best place for me as an artist and therefore there’s no way of leaving it. Also, being an Israeli here means having no choice but to represent something that I’m not always proud of, feeling a sense of shame daily, as I read the news, and not being able to do much about it since I’m so far away. The flip side is being surrounded by an amazing community of Israelis and particularly Israeli artists who understand me and these issues to the very bottom.

7) What does it mean to you to have an organization like AICF available in the art world?
During the years AICF has had a great contribution to the Israeli art world and to its distribution worldwide. Today, it is a central hub for the Israeli artists community, and a main source of information for Israeli culture consumers (I among them). 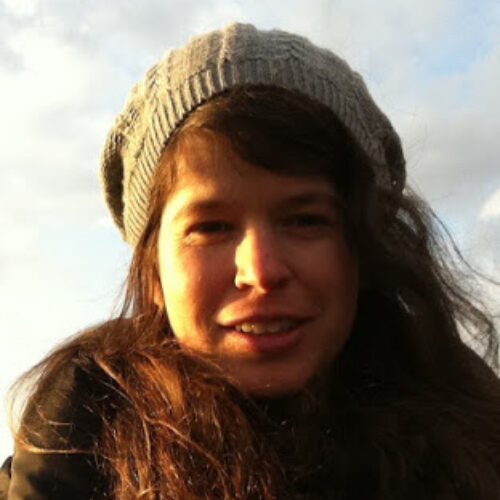