Avichai Ornoy began his career as a flutist at a young age, becoming one of the leading musicians on the Israeli classical scene, both as an orchestral player and as a soloist. He has held the position of Principal Flute in most of the Israeli leading orchestras and was the Assistant Principal Flute in the Israel Philharmonic Orchestra, where he had the privilege to perform as a soloist under the baton of conductors such as Zubin Mehta, Daniel Barenboim, Lorin Maazel, Kurt Masur and Wolfgang Sawallisch. His worldwide solo appearances include concerts in major music festivals, including the Radio France Festival at Montpellier and Graz Music in Austria, where he performed to much critical acclaim.

Avichai is a graduate of the Classical department of Jerusalem’s Rubin Academy of Music and received his Master’s degree from the Jazz Department at City College in Manhattan. He has also been awarded first prize in competitions such as The Young Artist Award, The Paul Ben Haim Competition (Israel), and the NFA international competition for young flutists (USA). He has been been receiving annual scholarships for excellence in music from the America-Israel Cultural Foundation for more than a decade.

Currently, he is teaching and performing Classical and Jazz music, as well as traditional Brazilian music, in Israel. His students, Classical and Jazz alike, have been recipients of the Sharett Fund scholarship, served as Outstanding Musicians and won prizes in various competitions under his close guidance. Together with guitar player Omer Gutholtz, he has established a jazz quartet, Ornoy/Gutholtz Collaboration, of which the two other members are double bass player Max Oleartchik and drummer Rea Bar-Ness.

1) What or who inspired you to want to be an artist?
I don’t think there is anything special I can point to, that made it happen. It feels like it was there all along since I remember myself, this inner drive to express myself through music, and make it as meaningful as possible.

2) What was your creative journey that has brought you to where you are in your career today?
Well, I immersed myself in Classical music for quite a few years, experiencing the different aspects of being a performer – enjoying the challenges and unimaginable depth of chamber music, solo performances, orchestral playing and teaching. But the more it became a professional career, particularly working more and more as an orchestral musician, I found out that I lack some freedom and ability to create in this kind of life style, and actually lost the initial happiness of music making. But at the same time I was fortunate to be drawn to improvisation and particularly Jazz, and as years go by I find myself doing that more and more and feeling like “I am meeting myself again” with ever growing passion.

3) What do you need as an artist today?
Nothing..It’s all up to me..That’s the beauty of it, to be able to discover this. I was used to the “easy life” which was in fact a little boring and not wholly satisfying, but the last few years I am feeling that every minute I invest in what I do, physically and emotionally, comes out in the end as a great gift. It’s sometimes a painstaking process, becoming trained in Jazz and improvisation with the level I was having as a Classical player, but actually I do not see any limits to where I can go as long as I keep it up.

4) What creative project are you working on now?
Well, I have my own band which I co-lead with a guitarist friend of mine, and we write original compositions which is a thrilling thing to do, especially after years of only performing music created by others. This band has started to build a reputation, and we are now trying to find ways to expand our activity overseas. I also perform with many top Israeli Jazz musicians on a regular basis, and find great happiness in teaching.

5) Where do you see yourself and your career in 10 years?
Most definitely recording and touring in the world with some great musicians. It can be tough to do, but also exceptionally rewarding. That’s the goal. 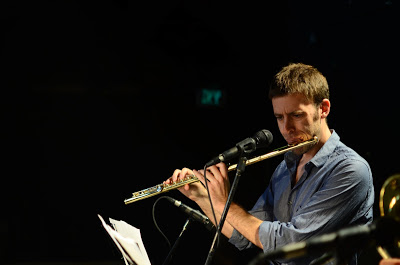 6) What does it mean to you to be an Israeli artist?
I am not sure. I love my origins and have an unshakable connection with the land I was raised in and live in, but the last few years I feel we are going in the wrong path, so music for me is actually more a place of no boundaries than anything strictly “Israeli”.

7) What does it mean to you to have an organization like AICF available in the art world?
Well, I love AICF! I have been in touch with so many dear people working inside this incredible foundation and it is something that has been part of my development from day one to this day, this time with my own students. I am more than sure that this feeling is shared by so many musicians, from different generations. The feeling itself is a testimony to the importance of AICF in the art world. It’s like having a guidance of some sort, always present. 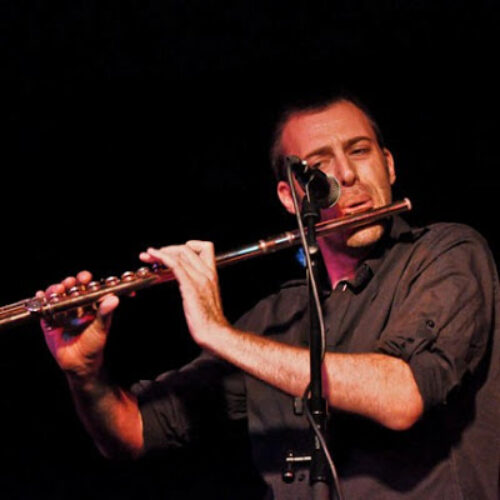