Solus et una features Bach’s Suites Nos. 4 and 5 and the Andante from Brahms’ Symphony No. 3

Peled says, “Solus et una (meaning ‘alone and together’ in Latin) is a reflection on my musical journey during the COVID-19 pandemic. As my mentor Boris Pergamenschikow wrote, ‘The Bach Cello Suites is music that cleanses the soul, especially if you play it just for yourself, preferably without any audience.’ As with many of us cellists, I found myself spending a lot of time with the Bach Suites in my home studio during the long months of the lockdown. The two suites that attracted me the most were the fourth suite in E-flat Major, which represents triumph, daring, and heroism – all the qualities I found myself searching for while trying to make sense of the artistic dryness that we all experienced at the beginning of the pandemic. And in contrast, the monumental fifth suite in C minor, which bubbled up in me about a year into the lockdown when questions about supernatural power, God, love, religion and a search for belonging to something bigger than just us here on earth emerged in me – all the elements one finds in that almost religious most philosophical suite.”

He continues, “As an encore track, I have included on this release the one piece that I was able to record during the lockdown with my dear cello students. Teaching during the pandemic, both online and in-person, has been a source of hope, comfort and inspiration. Moreover, being able to make music with other people and with my own students was a real musical climax. For me, there’s nothing better to conclude this musical journey than the music of Brahms with its beauty of line and intimacy. The making of this recording gave all of us a sense of hope to keep going forward no matter what. I hope you enjoy it.”

AllMusic described Peled’s Bach Vol. 1, featuring Suites 1–3, as “important new statements in the history of these works,” while The Classic Review called it “a superb performance, warm-hearted, knowledgeable and deeply felt.” At a later date, Peled plans to conclude his three-CD Bach cycle with the final Suite No. 6 for Violoncello Solo, paired with a new arrangement of the same suite for four cellos, on CTM Classics. 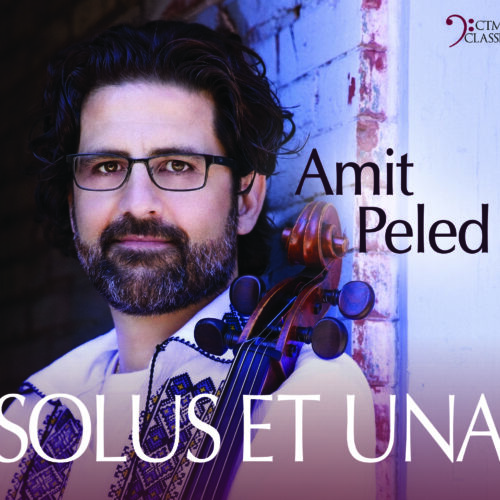