Amit Gour’s successful Israeli one-man show, ‘My Life – the Musical’, was chosen to present its US debut performance, as part of the ‘United Solo Theater Festival’. The show will perform in English on Sunday, November 10th, at 19:30 at Theatre Row.

‘My Life – The Musical’ is the first theatre show in Israel to present a male sexual assault perspective, merely weeks before the #metoo movement has erupted globally. This funny thought-provoking, heart-wrenching biographic piece focuses on the inherent desire to own a unique voice in the world and the repercussions of claiming it.

The musical unfolds the sexual assault victim’s inner world and the effect it has on one’s soul, while bringing to light the theater’s darker side. The show confronts the most fragile relationship between actors and directors, and defies the loss of boundaries, in the name of the arts.

As published in Broadway World 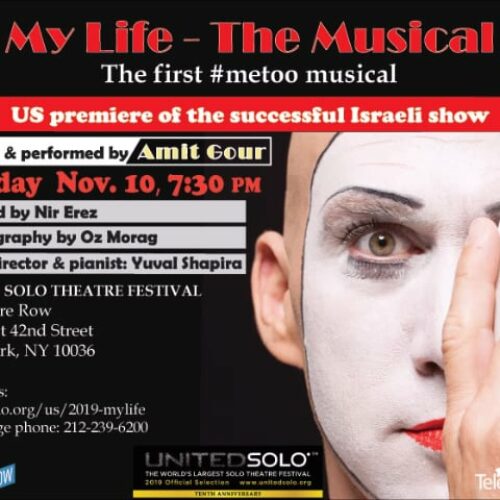