It’s amazing to hear about how an artist falls in love with a particular instrument. It’s also amazing how things fall in place for Israeli musicians. Alexander Fiterstein is one of the world’s exceptional young clarinet players. Mr. Fiterstein has appeared on the Music at the Supreme Court Series, at the National Gallery of Art, the Kennedy Center, 92nd Street Y, Carnegie’s Weill Hall, the Isabella Stewart Gardner Museum, the Louvre in Paris, Suntory Hall in Tokyo, and the Tel-Aviv Museum. Alex proves that if you work really hard and find a love for an instrument, the world is at your fingertips.

1) What or who inspired you to want to be an artist?
I come from a musical family, and my father took me to concerts at a young age. We also had many records at home. I remember listening to the Beethoven’s symphonies regularly, but also Benny Goodman. By the time I was 15 I pretty much knew I wanted to be a musician.

2) What was your creative journey that has brought you to where you are in your career today?
I was born in Minsk, Belarus and when I was 2 years old my family immigrated to Israel and settled in Nazareth Illit, a small town in the Galilee. I started studying piano from the age of 5, and when I was 9 a new wind band was forming in our community center and I thought it would be fun to try another instrument. The band teacher said that for my age I can pick the flute or the clarinet (bigger kids got trombone, etc). I liked the clarinet from the start and after a few years decided to leave the piano behind and focus on clarinet. I received my first AICF scholarship at that time, which allowed me to study with Eli Heifetz in Tel-Aviv (a three-hour bus ride from Nazareth Illit). I later attended the Israel Arts and Science Academy in Jerusalem, a wonderful boarding school. I received a scholarship to the Interlochen Arts Camp in Michigan and had my first experience performing the Mozart Clarinet Concerto with the World Youth Symphony that summer. I also attended the Interlochen Arts Academy, which now celebrates it’s 50th anniversary and I just played the Weber concerto with their orchestra on tour in Chicago, Detroit, Grand Rapids and Interlochen this past week. I later attended the Juilliard School where I studied with Charles Neidich. In 2000 I won the first prize in the Aviv Competitions in Israel, which gave me the confidence to enter International competitions. My big break came in 2001 when I won the first prize of both the Carl Nielsen International Clarinet Competition in Denmark and the Young Concert Artists International Auditions in New York. The combination of those two prizes opened many doors for me and led to many performances. Also in 2001 I began participating at the Marlboro Chamber Music Festival, which was very formative. I also worked with Daniel Barenboim and his West-East Divan Orchestra for two summers and was a member of the Chamber Music Society II of Lincoln Center. I received the Avery Fisher Career Grant in 2009, which was a big honor for me. I’m currently the clarinet professor at the University of Minnesota in the Twin Cities where I live with my wife, Meira, and our two children, Daniel 3 and Adinah 1. I perform as a soloist and chamber musician around the the world.

3) What do you need as an artist today?
Things are certainly changing and there are a lot more opportunities for artists to do projects they really want to do (whether it’s recordings, commissioning and developing new concert series). However, all of these ideas require financial backing and without it are impossible to realize.

4) What creative project are you working on now?
I have a new CD coming out this week of clarinet music of Israeli composer Ronn Yedidia. It’s on the Naxos label (available on Amazon, iTunes…) and it includes works that were written for me by Ronn between 2007 and 2010. I also finished an album of the complete Weber works for clarinet and orchestra with the San-Fransisco Ballet Orchestra and it will be available sometime next year.  In a few weeks I’m presenting recitals and masterclasses in Oslo and Bergen, Norway, including the Grieg Academy.

5) Where do you see yourself and your career in 10 years?
Commissioning new works from composers I believe in, performing around the world, teaching and mentoring the next generation of musicians, and recording both the core repertoire and new compositions. I hope to continue developing the Zimro Project which is a chamber music group I started that was inspired by the Zimro Ensemble, a group that nurtured the music of Jewish composers and culture nearly a century ago in Saint Petersburg, Russia. I hope to continue and reach a wider audience for classical music as well. 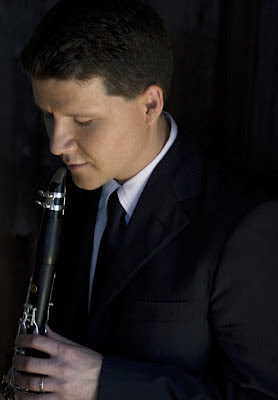 6) What does it mean to you to be an Israeli artist?
The education I received in Israel, the opportunities and the artists I got to be in contact with, were incredibly valuable to me. The warm and receptive audience I performed for from a young age, the nurturing and support I received from so many people was, and still is, very touching. I try to play in Israel as much as possible (My last concert was with the Baer Sheva Symphony and Doron Salomon) and I hope to do some teaching and masterclasses in Israel soon as well.

7) What does it mean to you to have an organization like AICF available in the art world?
It means to me that a kid from Nazareth-Illit that plays in a community wind band can take the bus to Tel-Aviv for private lessons and have a chance at pursuing his dreams thanks to the early support and validation one gets from receiving an AICF scholarship. AICF’s impact on artists and audiences all around the world is truly unique and powerful. 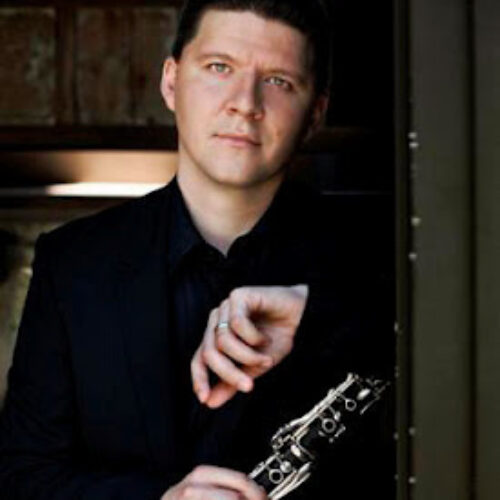