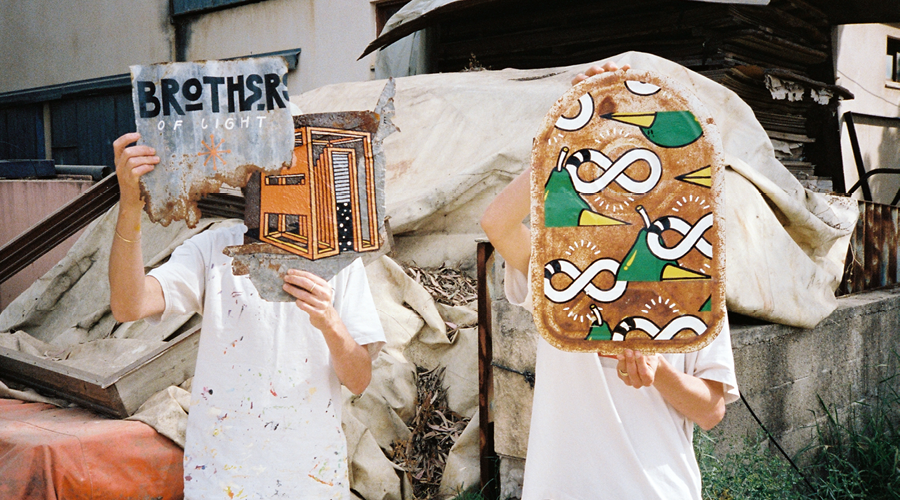 From Dirt: an Exhibition by Brothers of Light

"From Dirt" a new exhibition by the duo Brothers of Light, will be presented in a magnificent building at 30 Yefet Street in Jaffa. The exhibition is produced independently by the duo and curated by Hadas Glazer.

The works that will be presented in the exhibition are the first of their kind in the duo's body of work, over 70 metals of various sizes painted with industrial paints. The exhibition is accompanied by a short film by Amalia Zilbershatz-Banay and Dan Deutsch.

At the end of a rainy day, as they were searching for inspiration outside their studio in the industrial part of a small town in the north of Israel, a piece of old, flattened metal appeared to the Brothers of Light. Somewhat dusty, somewhat shiny, forgotten on a dirt road, they saw a huge potential in this apparently worthless piece of scrap. After the first revelation, the brothers discovered that the area of their studio was full of similar objects: Old metals like spray cans, road signs, satellite plates, pans, et citra, which had been thrown away and been run over by trucks again and again until they were completely flattened.