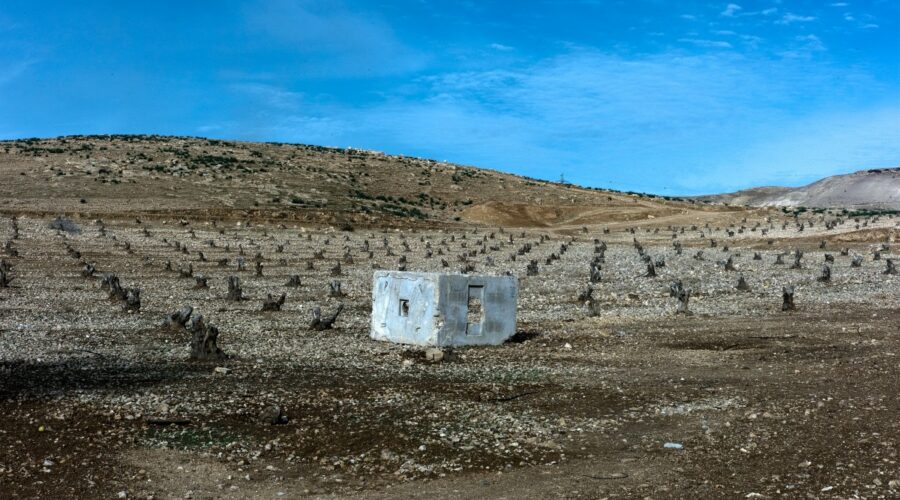 The Artis-supported Israeli artists are included in the exhibition Still Present! at the 12th Berlin Biennale

Artis is delighted to support the presentation of work by Dana Levy and Omer Fast in the 12th Berlin Biennale for Contemporary Art, titled Still Present!. The exciting exhibition brings together an international roster of artists whose work critically engages with the legacies of modernity and the resulting states of planetary emergency.

Dana Levy, an AICF grant recipient, who lives and works in New York, provides at the 12th Berlin Biennale reports on a harsh reality, where surreal elements are already present in the daily lives of its subjects. Curator Noam Segal writes: "Erasing The Green (2021/22) addresses both the degradation of occupied Palestinian lands and the erasure of the notorious Green Line to benefit only one of the populations it separates: Israeli settlers. The piece consists of prints of various dimensions—documents, photographs, and maps, among others—accompanied by a video of an online conversation with two experts, who discuss the blurring of the Green Line through planning policies and legal mechanisms that intensify the state-sanctioned polarization of these ethnic groups. Erasing Tthe Green unpacks some of the immensely oppressive systems that maintain a reality that goes against both human nature and the natural world".

In A Place Which Is Ripe (2020), Fast asked two former London police officers—a super-recognizer and his supervisor—about their profession. Their testimonies explain why surveillance cameras are today so ubiquitous in Great Britain. Closed-circuit television, or CCTV, helped solve two notorious crimes—the murders of two-year-old James Bulger in 1993 and fourteen-year-old Alice Gross in 2014. Thereafter, public acceptance of the extensive use of cameras increased dramatically. This is not the case in Germany, where the incidents that occurred at the Cologne Cathedral on New Year’s Eve 2015 revealed that only two cameras had been installed at the main train station—photographs taken with mobile phones were what ultimately led to around 200 arrests. This begs the question: are surveillance cameras still necessary?