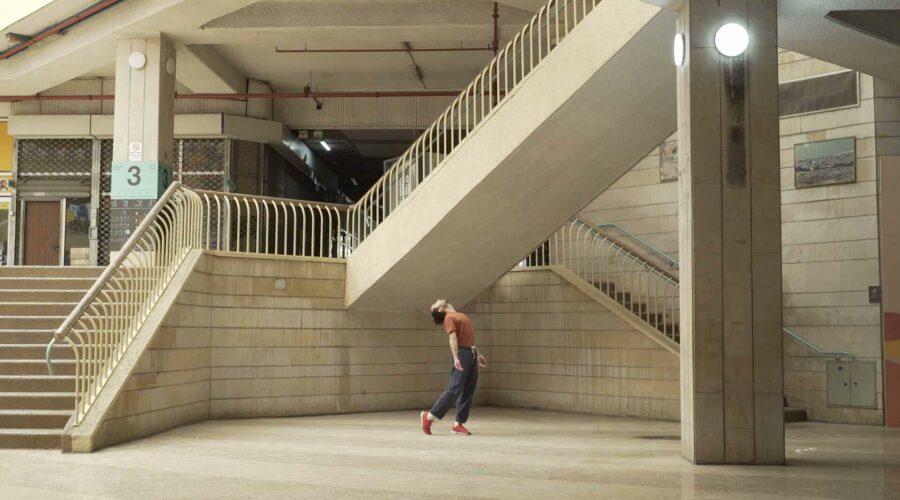 Shortly after video artist Dan Robert Lahiani arrived at the 12th floor of the Clal Building for an osteopathic session, his personal quest for connection, home and healing became entangled with the dilapidated and crumbling building’s angsts, aches, and neglect.

In a new video work, he draws lines between the series of treatments he experienced and the building’s need for care and healing. Just like the osteopath examined his body, he examined the building – mapping it, listening to it, and identifying the aching areas.

Through sculptural, performative, and poetic interventions, Lahiani looks at the building with aversion and compassion and holds a ritual of healing of the building, of the city, and of man’s brittle facets.