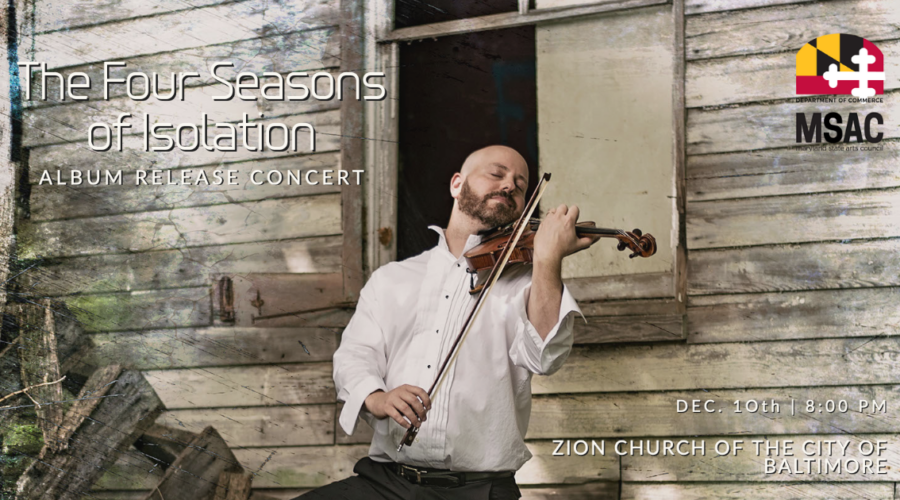 On December 10, Avner Finberg presents his new composition The Four Seasons of Isolation, kicking off the album’s worldwide release.

Avner Finberg’s album THE FOUR SEASONS OF ISOLATION is a moving meditation on the COVID-19 pandemic and resulting lockdowns. Finding himself separated from his fellow musicians and beloved concert audiences, Finberg took the opportunity to focus on composition and began writing this large-scale work for solo violin and electronics. Freed from the need for an accompanist, he worked in solitude to develop this musical essay reflecting on his year in isolation. The result was a nod to Vivaldi’s The Four Seasons called The Four Seasons of Isolation, confronting in musical forms different aspects of the pandemic such as isolation, fear, variants, and the echo chambers of social media. The concert will be the first live performance of the new work.

Dr. Avner Finberg is an Israeli American composer and violinist, and a faculty at the Levine School. His compositions have been performed by Meitar Ensemble, ensemble mise-en, The Boston New Music Initiative, Ensemble Platypus Wien, and Fort Worth Opera, among others. He premiered new works for violin at Spectrum NYC, Cornell University, ORF Radio Tirol in Austria and The Ithaca New Music Collective.

Listen to the album on Spotify: https://open.spotify.com/album/6JQm2sYVIHxdtNJcUxNnAk?si=3udOjVlqRS6WzCK-nw1egg

The concert is free and open to the public, with tickets available at the door or online