Vanane Borian was born in Yerevan, Armenia, October 30, 1984. She Immigrated to Israel with her parents in 1998. Vanane Graduated the multidisciplinary design department at Shenkar College of Engineering, Design, and Arts, with Bachelor and Master degrees.

In 2016 she started her Ph.D. studies of art at Lomonosov Moscow State University. The topic of the dissertation is “Post-USSR feminist art in post-soviet countries and in the Immigration field”. The main idea is to collaborate in practical work, theoretical research, and activism in the field of social critical arts.

“Some developments in my life took me to the way of creating feminist art. As a woman and an immigrant, in Israel, I focus on issues of identities, stereotype views on a woman in society and typical gender problems. My artworks discuss gender, political problems, ethnic traditions, patriarchy stereotypes, religion as a dictator of morality and the role of a woman in our social and political lives. The observation of how art influences our society (it happens not so fast, but it does) makes me feel that my creation is important. The art that causes thoughts and feelings, makes the viewer build opinion and view on different aspects of our society which includes chauvinism, misogyny, racism, homophobia and other minority infringement. It is well known that women artists still are on a lower level than men in the art industry, because of the reflection of the society we live in. One of the reasons for such kind of discrimination is that art is a strong lever arm of influence on public opinion. In different countries, men’s privilege looks varying degrees, but patriarchal canons still do not allow complete gender equality to happen.” 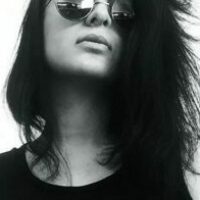