Uri Vardi has performed as a recitalist, soloist, and chamber player across the United States, Europe, South America, Asia, and his native Israel. Born in Szeged, Hungary, Vardi grew up on kibbutz Kfar Hahoresh, Israel. He studied at the Rubin Academy in Tel Aviv, was an artist diploma student at Indiana University, and earned his master’s degree from Yale University. His teachers have included Janos Starker, Aldo Parisot, Eva Janzer, and Uzi Wiesel. Vardi has recorded and toured widely with the Israel Chamber Orchestra and was a founding member of the Sol-La-Re String Quartet. He has served as assistant principal cellist of the Israel Chamber Orchestra and principal cellist of the Israel Sinfonietta. In 1990, following an extensive teaching and performing career in Israel, Vardi was appointed professor of cello at the University of Wisconsin-Madison. In addition to his work at Wisconsin, Vardi has taught and conducted master classes at numerous music schools, including: Juilliard, Eastman School, New England Conservatory, Indiana University, Yale University, Oberlin College, Cleveland Institute of Music, University of Iowa, Ohio State University, Geneva Conservatory (Switzerland), Paris Conservatory (France), Tunghai University (Taiwan), Bartok Conservatory (Budapest, Hungary) , and the Jerusalem Music Center (Israel).

–The St. Petersburg School – Music for Cello. In the St. Petersburg project, Vardi researched, performed and recorded (with pianist Uriel Tsachor), compositions written by Russian-Jewish composers, many of which had never been previously recorded. In 1977 Beth Hatfutzot (the Diaspora Museum in Tel Aviv) released the recording on a CD, which was favorably reviewed by the Jerusalem Post.

—Fusions, a chamber music project sponsored by the University of Wisconsin- Madison and the Consulate General of Israel in NYC. Fusions was a chamber music project of Jewish music and Arabic art music, culminating in a commissioned Trio for Oud, Cello and Piano. In this project, Vardi collaborated with Oud artist Taiseer Elias and pianist/composer Menachem Wiesenberg. The project toured Israel and the U.S and was positively reviewed by major newspapers such as the Washington Post and the Boston Globe. This successful chamber music project was the inspiration for the commission of a full orchestral composition.

—Forty Steps, a double concerto for cello, oud and symphony orchestra. In 2007 Joel Hoffman composed Forty Steps for Taiseer Elias and Uri Vardi. It was premiered on the Madison Symphony Orchestra’s 2007-2008 concert series in March 2008.

–The National Summer Cello Institute in conjunction with the Feldenkrais for Musicians Workshop. The National Summer Cello Institute is a unique program exploring the relationship between body awareness, creativity in performing and teaching, and prevention of music related injuries. This Institute is geared towards professional and graduate cellists and other performing musicians. It has been co-sponsored by The College Music Society and the UW-Madison Mead Witter School of Music, since 2010. Internationally renowned cello teachers, including Timothy Eddy, Laurence Lesser, Steven Doane, Ralph Kirshbaum, and Richard Aaron have been involved in instruction and in conducting masterclasses.

Vardi’s students have been successful as soloists, chamber players, faculty members of major music schools including Oberlin College, and the Peabody Institute, and members of major orchestras such as The New York Metropolitan Opera (associate principal), the Israel Philharmonic Orchestra (principal), the Boston Symphony Orchestra, the Simon Bolivar Orchestra in Caracas, Venezuela (principal), and the Seattle Symphony Orchestra. Click here for the full list.

I believe that my principal role as a teacher is to help my students become aware of who they are and to help them grow. It is not to define their faults nor cure them. The driving force in this process is my curiosity in the unique makeup of each of my students. As a cello teacher, I not only challenge my students to understand the intentions of each composer, I also help them to explore their inner world, and to express their unique voice within the context of the composition. Most of the learning occurs in the process of working towards a musical goal. When I teach a musical composition, I often guide my students to attend to their habitual ways of musical expression. Musical expression encompasses the whole range of human emotions. Although the exploration of expressive nuances does not necessarily lead directly to the ultimate mastery of a composition, it frequently results in the expansion of the student’s personality and music-making abilities.

This way of learning is organic rather than linear. Instead of setting concrete, simple goals and learning the prescribed tools to attain them, in organic learning, the experimentation with different ideas provides the student with the freedom to choose among a whole array of options for expressing a musical intention. The same principle of encouraging the search for a variety of options applies to the technical mastery of the musical instrument. In order for my students to gain the ability to meet any composition’s demands, they must have a vast repertoire of movements that will give them the freedom to use their bodies with maximum efficiency. Most of us accept the ways we move as if they are a part of our genetic makeup, whereas in reality, we learned to move by trial and error, and our nervous system is wired according to our experiences.

Unless we are challenged to question this wiring, and to explore new possibilities of movement, we limit our range of expression. I constantly challenge my students to explore new ways of moving while playing, and to correlate them with minute differences in the quality of sound. Through my experience, I have found that when students discover the power of becoming aware of minute differences in their movement, it is not only their sound that changes, but also their coordination, and overall technical proficiency. The most fascinating aspect for me in approaching teaching in this manner, is that my students come to not only discover their personal involvement in the communication of a musical composition, and their ability to efficiently express it on their instrument, but they also very often gain self-confidence and imagination. The benefits of body awareness also help them in the prevention of injury, and in the healing after a disabling injury. 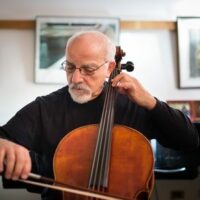