TOMER GIAT was born in 1993 in Jerusalem. Tomer started dancing by the age of 6 at “Zehava Barak” dance studio in Rehovot, where he grew and develop for 10 years.
At 2011 he graduated “Aharon Katzir” High School in Rehovot.

From 2011-2014 studied at the ‘Maslool’- Professional Dance Training Program, Tel Aviv, under the management of Neomi Perlov & Offir Dagan. During this time, he was also assistant to choreographer Roy Assaf (restaging Emanuel Gat’s “Rite of Spring”) teaching repertoire and rehearsal directing. 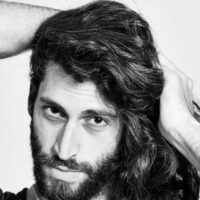