Sivan Goldman is an Israeli opera singer and a concert soloist. Her International performances include, among others, Lisa in La Sonnambula (Bellini) at the lyric theater of Cagliari/ Sardinia; Queen of the Night in The Magic Flute (Mozart), at the Passion Theater in Oberammergau/ Germany; With the Israeli Opera she sang the first soprano of the Nonette at the world’s premiere of The Child Dreams by Israeli composer Gil Shohat, and the role of Madame Herz in The Impresario (Mozart). More operatic roles in concert version include, among other, the role of Norina from Don Pasquale (Donizetti) with The Netanya Kibbutz Orchestra, Oscar in Un Ballo in Maschera (Verdi) with the JSO and the role of Gilda in Rigoletto with the JSO.

Sivan performes as a distinguished soloist in oratorio and liturgical music. Her performances include the soprano role in Mozart’s Great Mass in C Minor, with the Jerusalem Festival Orchestra. Other favorite Mozart roles include Vesperae Solennes de Confessore with the Ashdod Symphony Orchestra, and the motet Exsultate Jubilate with The JSO, a concert which was broadcasted live at the national Israeli radio channel. Moreover, her cooperation with JSO includes, Mahler’s 2th Symphony and Rossini’s Stabat Mater; Bizet’s Te-Deum with HSO and Mahler’s 4th Symphony with Rishon Le-Zion Symphony Orchestra. 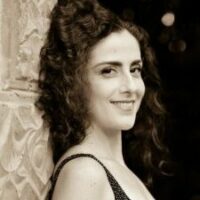