Shoni started playing the flute at the age of 10, with the tutoring of Anat Thieberger, in the Raanana Music Center in Israel, and proceeded his studies in 2013, under Prof. Avner Biron, retired head of the academy of music and dance in Jerusalem, and the founder and conductor of the Israeli Camerata Orchestra.

In 2016 Shoni began studying under Eyal Ein Habar, former principal flutist of the Israeli philharmonic orchestra, head of the wind department in the Buchman Mehta School of music in Tel Aviv, and the Musikhochschule in Muenster, Germany.

In the year of 2017, Shoni entered the Jerusalem Academy of Music And Dance under the tutoring of Guy Eshed (current principal flutist of the Israeli Philharmonic Orchestra).

In 2019, Shoni successfully passed the entrance competition of the CRR de Paris and began his studies there under Professor Vincent Lucas, Principle flutist of the Orchestre de Paris, former flute player in the Berlin philharmonic, professor of flute in the CRR de Paris, and assistant professor in the CNSM de Paris.

Shoni has toured and performed as a soloist many times:

Shoni has taken part in festivals abroad, such as the “La cote flute festival” 2016 in Switzerland, and played in masterclasses presented by the most renowned flutists in the world, such as Vincent Lucas, Emily Beynon, Eyal Ein Habar, Andrea Lieberknecht, Sarah Louvion, and Yossi Arnheim.

Shoni is a 4 times 1st prize winner at the “Raanana spring competitions” (2013 to 2016), received the status of a “Distinguished musician” from the Israeli defense forces, and received the score of 100 in his high school graduation recital.

Shoni is a recipient of the America-Israel Cultural Foundation’s scholarship for the years 2019-2020. 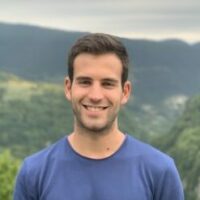