Shirley Brill has performed at international music festivals such as the BBC Proms in England, the Radio France Festival in Montpellier, the Schubertiade in Austria, the Davos Festival in Switzerland and the Jerusalem International Chamber Music Festival in Israel. In Germany, she gave performances at the Schleswig-Holstein Festival, the Rheingau Festival, the Heidelberger Frühling and, most recently, at the Mecklenburg Vorpommern Festival.

Ms. Brill has collaborated with such artists as Daniel Barenboim, Sabine Meyer, Emmanuel Pahud, Janine Jansen, Tabea Zimmermann, the Jerusalem String Quartet, the Fauré Piano Quartet and Trio di Clarone. She regularly performs with pianist Jonathan Aner as a member of the Brillaner Duo, playing in such prestigious halls as the Carnegie Hall in New York, Tonhalle Zürich, Oriental Art Center in Shanghai and the Beethoven-Haus in Bonn.

After studying in Israel with Mr. Yitzhak Katzap, Ms. Brill continued her studies at the Musikhochschule Lübeck in Germany with Prof. Sabine Meyer and at the New England Conservatory in Boston, USA with Mr. Richard Stoltzman. 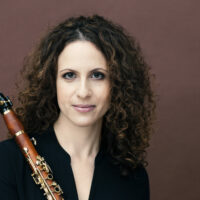