Shelly Skandrani is known for her critically acclaimed role in Showtime's popular Holocaust film 'The Devil's Arithmetic' starring Kirsten Dunst and Brittany Murphy, and produced by Dustin Hoffman and Mimi Rogers, Shelly had to shave her head on camera to portray a young bride whose wedding ceremony is destroyed when Nazi soldiers invade her Polish village and carry her and her community to the concentration camps.

"But it is the quiet, honest performances of young actors from the United States, Canada and Europe Brittany Murphy, Shelly Skandrani and Kirsten Dunst that carry this picture and infuse it with power." -New York Daily News

Shelly Skandrani is an award-winning Middle Eastern and North African filmmaker, who was born in Tel Aviv, Israel, and grew up in London, England. This mixture of extremes sparked her interest in anthropology, and Shelly has spent a vast amount of my time traveling the world and studying different cultures. She is a driven and imaginative, creative writer with a strong and versatile female voice, and almost 30 years of experience in the entertainment industry.

Shelly began her career acting on the stages of London at nine years old and writing poetry, as well as short stories, at twelve years old. Upon arriving in Los Angeles, Shelly moved into screenwriting, and recently also completed her first memoir.

Shelly Skandrani is a founding member and Head of Marketing of the non-profit organization Women Creating Change for female filmmakers from the Middle East and North Africa.

Shelly Skandrani's films span across many genres and incorporate culture diversity, human rights, and activist themes to inspire growth and unity. In her various roles within the film industry Shelly has worked with the likes of Dustin Hoffman, Kirsten Dunst, Mimi Rogers, Brittany Murphy, Paul Freeman, Sarah Gavron, Jason London and many more. 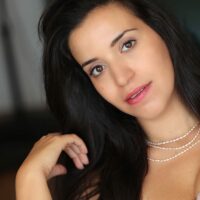