A native of Israel, Mr. Ahuvia was awarded the America-Israel Cultural Foundation Scholarship for the extraordinary period of ten consecutive years.

His highly acclaimed solo recitals have taken him to Tel Aviv, Jerusalem, Prague, Moscow, Zürich, New York, Baltimore, Chicago Atlanta, Washington, Paris and Barcelona. He has appeared as a soloist with the Young Israel Philharmonic, the Haifa Symphony, the Israel Chamber Orchestra, the Florida Symphony, the Musikreis Horgen (Switzerland), the Johns Hopkins Symphony Orchestra and the Israel Symphony Rishon le Zion. He has also appeared in radio and television broadcasts in Israel, Switzerland and the U.S. His international music festival appearances include solo appearances at the Candas International Music Festival and the New Millennium Piano Festival (Spain).

He made his public debut at the age of 10, and at age 12 was already a promising soloist, winning the First Prize of a Steinway-sponsored piano competition in Florida. Since his debut, participation in International piano competitions led to a First Prize in the Ariana Katcz Piano Competition and Finalist in the Francois Shapira Competition, both in Israel. In Barcelona, Mr. Ahuvia captured the Third Prize and two Special Prizes at the Maria Canals International Piano Competition. During his studies in Switzerland, he was awarded the Second prize at the Walter Bringolf Competition and the Orpheus Prize.

Saar Ahuvia’s teachers have included Arie Vardi, Michael Bugoslavsky, Gary Wolf and Daniel Höxter. From Israel to Puerto Rico, Argentina, Switzerland and finally the United States, he studied at the Rubin Academy of Music at Tel Aviv University, the Schaffhausen Conservatory and the Peabody Institute of the Johns Hopkins University. Mr. Ahuvia completed both a Masters of Music as well as a Graduate Performance Diploma from the Peabody Institute in 2004, under the direction of Leon Fleisher. He continued to prosper while in Baltimore, winning the Baltimore Music Club Competition, a Peabody Career Development Grant and reaching the Semifinal round at the Hilton Head International Piano Competition. Mr. Ahuvia was a fellow at the Toradze Piano Institute at the University of Indiana in South Bend.

In 2002, Saar Ahuvia was a co-founder of DUO Stephanie and Saar, an ensemble that includes his wife, pianist Stephanie Ho. He currently lives in New York City. 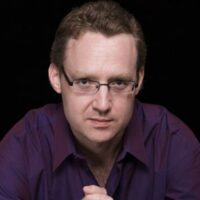