Born in 1984 in Jerusalem, Israel. Ran Nir is a singer-songwriter, musician & producer, mostly known for his work as the bass player and co-founder of Asaf Avidan & The Mojos, lead singer and songwriter of LFNT. Between 2005-2011, played the bass with Asaf Avidan & The mojos.
in 2010, co produced the band Umlala and their debut album “Stand Go Show Shout”
in 2011, was a member of “The Wrong Demons” From 2011-2018, was singer and songwriter for “LFNT”
Currently, working on releasing a first album under his name.

In all these capacities Ran performed all over the world, including: China, India, Canada, Europe and Israel, performing on festival stages in front of an audience of hundreds of thousands of people, and collaborated with many Israeli artists such as Shlomi Shaban, Trumpet player Avishai Cohen and others. 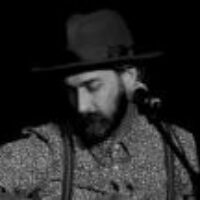