Paz Pearl is a singer-songwriter, actor and dubbing artist from Israel. He is known for his unique soulful tenor voice.
He has released 7 singles that have been broadcast on Israeli TV and radio and were followed by live concerts throughout Israel.

In addition to his musical Career, Paz is a successful actor appearing in numerous musicals, theater productions & TV shows in Israel as well as writing the scores for some of them. He has performed in various events, like the Celine Dion And Whitney Houston Tribute Shows & President Peres' 90th Birthday Celebration.

In 2012 he performed in Monaco alongside Charles Aznavour, and Lionel Richie.

Paz has starred in several featured roles in musicals including the Israeli version of “Honey, I shrunk the kids”, “Trusk”, “101 Dalmatians”, “Snow White”, “The Military Bands Show”, ״Our House”, and “Duffy”.

Paz has also penned songs for other recording artists over the years, among them the song “Me’Achshav” which represented Israel in “Kenga Magjike” one of the biggest music festivals of the Balkans, and was qualified for the Final.

Paz is the Hebrew voice behind some famous animated characters such as: "Smurfs: The Lost Village", Creek in "Trolls", George Beard in Netflix' "The Epic Tales of Captain Underpants", Orm in the movie "The Snow Queen: Mirror Lands" and Phuddle in "Mia & Me". 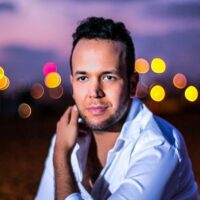