Orit Siman-Tov (b. 1971) is a photographer who lives and works in Haifa, a graduate of the photography department at the Bezalel Academy of Art in Jerusalem.

Siman-Tov deals with the interaction between types of sites and their visitors, and the way in which these interactions create “Israeli spaces” of various types. She is particularly interested in a certain type of “Israeli space”, spaces that are not completely planned, on the one hand, and not completely individual or private, on the other hand: But some area between spaces that are created in different interactions between plan and “space”, between institutional and private, between planning For spontaneous behavior, between what was designed by architects and groups of visitors or consumers.

Siman-Tov touches on two competing values ​​in Israeli society, a tension that can be recognized in almost every Israeli space: a tension between particularity and universality. This suspense gets instructive, and sometimes very amusing, visual expressions. It is evident in the desire to establish here a society based on the secularization of Jewish values. Such as the idea of ​​national parks, which is not particularly Israeli or Jewish, and like many other ideas from the fields of planning and love of the country, it is based on the adoption of plans and ideologies of foreign origin. But at its core it is related to the attempt to create, preserve, protect and nurture the particularities of the country (its unique landscapes and unique past) as an essential value of the developing society. 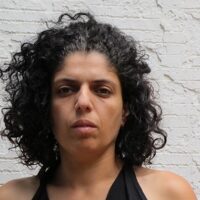