Orit Raff was born in Jerusalem in 1970, and she lives and works in Tel Aviv.

Raff creates spare photographs, installations, and video works, which suggest intimacy, the private self, and evoke memories of our earliest experiences. Raff favors the implicit over the explicit. She follows traces and signs of a place or a time with her camera, wishing to give life to a frozen memory and to construct a narrative from vague fragments, left behind as a present absence: the marking of furniture in an abandoned space, signs engraved on school desks, or ice accumulations in an empty household refrigerator.

Raff also creates photographs of environments with cultural, sociological, and political dimensions. In her latest series of works, “Priming”, she gathers information that crosses cultures, locations, and periods, allowing her to discuss the medium of photography and its complex relation with the world of phenomena and documentations. In a unique technique of constructing photographs without the process of photography, Raff offers new possibilities for the ongoing discourse of simulation and its reference to reality, to imagination and fiction. This hybrid genre combines pure documentary photography with carefully staged photography, in a process that does not require a camera yet mimics a photographic site that is closely related with the act of photography.

The starkness of Raff’s imagery aesthetically links her work with Minimalism, but her references to common everyday life and objects also suggest a Pop sensibility. 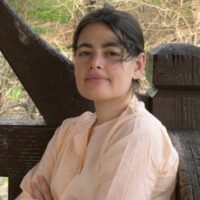