Ori Manor was born in January 2003. He started dancing in the Misgav dance group at the age of 9, where he trained for 4 years. During this period, he also joined “Ulpana Misgav” (a dance studio in the Galilee area), and the high school dance department, to which he was invited to join at the age of 13.

Starting from 2016 he was invited to attend the excellence program for young talented dancers, led by the Kibbutz Contemporary Dance Company in Kibbutz Ga’aton, where he attended for 2 years.

Ori attended a variety of leading dance courses in Israel, such as the summer intensive of the Haifa Center of Excellence in Dance, where he was instructed by Francois Perron (The Joffrey Ballet , Northern Ballet Theatre), Alexandra Wells‎‏ (The Juilliard School in New York ) and others.

In the summer of 2017, Ori was awarded the Mayor of Tel Aviv-Jaffa Art Grant.

In the summer of 2018, he was awarded a scholarship by the American Academy of Ballet and participated in a summer intensive that took place in New York.

In September 2018, Ori moved to the Reut High School of Arts located in Haifa, as well as to the Haifa Center of Excellence in Dance. Ori is participating in the high school dance department under the management of Racheli Shapira, and in the “Haifa center of excellence in dance” under the management of Michal Hasson Bardes, where he is instructed by leading teachers like Jay Augen and Yamit Kalef.

In order to reside close to school, Ori decided to partly move out of home and stay with his grandparents.
In 2019, he was awarded scholarships from AICF in both the classical ballet and contemporary dance. 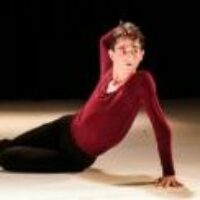