Omri was born in The Hague, The Netherlands in 2002. His father is a musician and his mother is an art teacher. He sees music as an important bridge and means of expression. He has a great respect for composers of all periods, who help him today to express his feelings and communicate with people all over the world.

He started to study clarinet in 2011 with Nir Marom, Lee Marom and Danny Erdman. For the past 4 years, he has been studying with Igal Levin at the Israeli Conservatory in Tel Aviv.
Solo Engagements: Starting 2014, he has been performing around five recitals per year with the pianist Zoya Shechter. Some of the pieces he had played:

Since the beginning of his studies he participated in several orchestras and ensembles:

2015-19: The Wind Orchestra in the Israeli Conservatory in Tel Aviv with the conductors Udi Raz and Hagar Shachall.
Passover 2018, Summer 2018 & Hanukkah 2018: Taking part in the Kibbutz Youth Orchestra with the conductor Ofer Ein Habar.
August 2018, Berwang, Austria: Taking part in Haydn’s Nelson Mass, Mozart’s Serenade in C minor with the conductor Timothy Brown.
Since 2016 member of the clarinet trio under Igal Levin’s direction and since 2018 member of the wind trio (flute, clarinet & bassoon) under Mauricio Paez’s direction.
He has been accepted and participated in the activities of the preperatory program for the Young Israel Philharmonic Orchestra.
Workshops, Concerts & Performances

In Summer 2018, he took part in a musical workshop in Berwang, Austria under Timothy Brown’s direction. 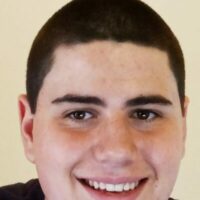