Pianist and composer Noam Sivan is a leading pioneer in the revival of improvisation in the classical music world. He improvises fugues and four-movement sonatas in his piano recitals, conducts orchestral and choral improvisations, and collaborates on multidisciplinary improvisations with musicians, singers, dancers, and actors. His solo album Ambiro’s Journey, the first ever piano improvisation studio album featuring more than 70 minutes of continuous music recorded in a single unedited take, has been described as “a new marker in the evolution of improvisation”. Over 50 of his compositions have been performed in Europe, North America, and Asia, including operas, scores for ballet, vocal music, orchestral and chamber works, and evening-long multimedia shows. Born in Haifa, Israel, in 1978, Noam Sivan was a Director of Improvisation at the Curtis Institute of Music and a faculty member at the Juilliard School. Currently he is Professor of Piano Improvisation at the State University of Music and Performing Arts Stuttgart, where he will open in October 2020 a Master’s degree in classical piano improvisation, one of the first such programs worldwide.

Live improvisation features prominently in Noam’s solo piano recitals. The improvisations can proceed in numerous paths: be entirely free-flowing and spontaneous, follow a narrative story, encompass a wide range of musical styles and languages, relate to visual arts or natural imagery, respond to known tunes or written compositions, interact with the audience, and more. In all instances, the listening experience is of music created and communicated in real-time, a celebration of being in the moment.

Noam Sivan has premiered his own Piano Concerto in the triple role of soloist, conductor & composer, performed the Asian premiere of the Viktor Ullmann piano concerto with the Philippine Philharmonic Orchestra in Manila, and has appeared as pianist-conductor in concertos by Mozart – with his own cadenzas, and Bach – concerto for four keyboards and orchestra. Noam’s performance of Bach’s “Goldberg Variations” encored by his live improvisation on the piece was broadcast on Israeli national TV. His solo recital series Chopin and Improvisations has won high praise: “Tonight we were treated to an exceptional piano recital by one of the brightest stars in the constellation of young world-class pianists.”

As a solo pianist, he has presented The Art of Improvisation at the International Keyboard Institute and Festival (IKIF), International Society for Improvised Music (ISIM), McGill University in Montreal, Canandaigua LakeMusic Festival, Aldwell Center in Jerusalem, and Juilliard Doctoral Forum. He was the only improvisation expert from North America invited to perform and lecture at the all-European Erasmus Improvisation Intensive Project in The Netherlands, hosted under the auspices of the European Union. His baroque improvisation was broadcast to a worldwide audience of 16,000 registered users in the first-ever online Music History Course hosted by the Curtis Institute on the internet platform Coursera.

Since October 2019, Noam Sivan is Professor of Piano Improvisation at the State University of Music and Performing Arts Stuttgart, where he is founder and director of the HMDK Improvisation Ensemble. Previously he was Director of Improvisation at the Curtis Institute of Music, having founded there the first Performance Certificate in Improvisation for classically trained musicians in North America, and was also a faculty member at the Juilliard School and at Mannes College. He holds a Doctor of Musical Arts degree from Juilliard, as well as previous degrees from Mannes and from the Jerusalem Academy. His teachers have included Milton Babbitt, Carl Schachter, Edward Aldwell, Richard Goode, Robert Cuckson, Menachem Zur, Vadim Monastirsky, and Manuela Sivan. Currently, Noam Sivan lives in Stuttgart, Germany, with his wife Maya and their three children. 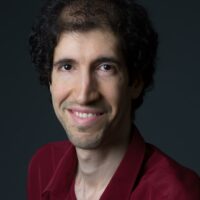