Noam Israeli, a finalist of the 2012 Thelonious Monk Competition, has always had a passion for music. Born in 1988, Noam started playing piano at the age of five, at a conservatory in his hometown, Zikhron Ya'aqov, Israel. At the age of thirteen, he began playing drums and since then has made it his main instrument.

When he was fifteen, Noam met the late Amit Golan, a musician, teacher and a key Jazz persona in Israel, who introduced him to Jazz music. Golan encouraged him to join the prestigious Thelma Yellin High School of the Arts.

During his studies at Thelma Yellin, Noam quickly gained recognition and was invited to perform with some of Israel's top jazz musicians. When graduating Thelma Yellin, Noam received a diploma of excellence from the Jazz department.
Afterward, Noam began his mandatory army service as a drummer and percussionist at the IDF Orchestra.

​During and after his military service, Noam studied at Israel's finest colleges of music, The Rimon School of Jazz & Contemporary Music and the collaborative program of The Center for Jazz Studies, Israel Conservatory of Music, Tel Aviv and The New School for Jazz and Contemporary Music, NYC.
​
Later, Noam received a full scholarship to attend the Berklee College of Music in Boston, where he studied for two years. During his stay in Boston, Noam became one of the leading drummers in the Boston Jazz scene and one of the most sought-after drummers in the United States Jazz community. He performed in top venues across the USA and in Jazz festivals all over the world.

Noam graduated from Berklee College of Music with a Master's degree in music performance and production, and currently resides in Brussels, Belgium. 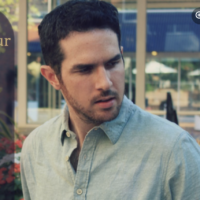