Born in Baku, Azerbaijan, soprano Miriam Hajiyev grew up in a family of musicians. At the age of 7 her family emigrated to Israel where she began studying the violin. At the age of 14 she began taking voice lessons, winning first prize in a national singing
competition in Baku only a year later.

Miriam began her formal vocal training at the Jerusalem Academy of Music and Dance (JAMD) where she earned her bachelor’s and master’s degrees with honors studying with Agnes Messini, Ido Ariel and David Sebba.

While a student at JAMD, she won the Ada Brodsky singing competition and was the recipient of many prizes and scholarships, including stipends from the America-Israel Cultural Foundation and Keren Ronen Foundation.

During the 2016/17 season, Miriam Hajiyev was accepted as a member of the Meitar Opera Studio of The Israeli Opera. In the same year, she was a semi-finalist in the Belvedere competition held in Cape Town, South Africa.

In 2017, Miriam moved to Vienna where she began studying with the soprano, Sylvia Greenberg and coach/conductor, David Aronson. Soon afterwards she was accepted to the prestigious University of Music and Performing Arts in Vienna where she is currently completing her master’s degree in opera under the direction of Professor Margit Klaushofer.
Miriam was a member of the Vienna-Tel Aviv Vocal Connection under the supervision of soprano Rosemarie Danziger as well as the International Vocal Arts Institute (IVAI). She has also participated in the masterclasses of Montserrat Caballe, Elena Obraztsova, Anna Skibinsky, Giulio Zappa and John Norris. 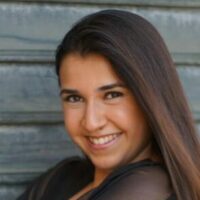