Her critically acclaimed Monograph Strangely Familiar: Acrobats, Athletes and other Traveling Troupes was published by Aperture in 2008 and was awarded PDN’s Photo Annual Book Award in 2009. Her next monograph entitled The Black Eye was published in June 2010 by Twin Palms Publishers, with solo exhibitions in October 2010 at Andrea Meislin Gallery in New York and M+B gallery in LA.

Her third monograph entitled “Sailboats and Swans” was published in fall 2012 by Twin Palms Publishers with solo exhibition at Andrea Meislin Gallery in New York.

Michal’s fourth monograph entitled “How to Dance the Waltz” will be published in Spring 2021 by Damiani Publishers, with a solo show at Clampart NYC.

Michal is a regular contributor to the world’s leading magazines, such as: The New York Times magazine, The New Yorker, BusinessWeek, GQ, The Guardian, The Sunday Times, The Financial Times, Le Monde and others. 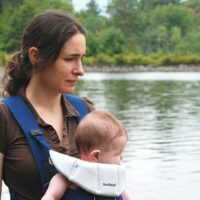