Meital Gueta is a Brooklyn based freelance graphic designer and visual artist. Her designs include a unique use of a variety of materials, experimenting and creating 3D type illustrations, poster design, book design, magazines, and branding.

She explores the use of letters to extract meaning beyond their common functionality. The letters and words in her work come together with design to take on a broader focus and meaning.


Education:
A 2010 graduate from the MFA Designer As Author program at the School of Visual Arts, New York, Meital received her undergraduate degree in Visual Communication from Bezalel Academy of Art and Design, Jerusalem, in 2007. During her studies at Bezalel, she attended a semester at University of Westminster, London.

Accomplishments:
Meital work has been presented in several group exhibitions in NY, Israel and in London. She was a recipient of the 2008-2010 scholarship from the ISEF Foundation; the 2005-2008; 2010 Scholarship of Excellence from the America-Israel Cultural Foundation. In 2007 the Designers Community chose her to be included in the Future Israel Designers and take part in a group exhibition called Designed in Israel. 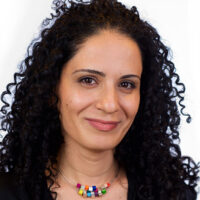