Born in Tel Aviv, Mayan has a B.Mus degree from the Buchman-Mehta School of Music where she studied with Efrat Ben Nun and a M.Mus degree from the Brooklyn College Conservatory where she studied with Patricia McCaffrey. She went on to specialize in Baroque music at the Barock Vokal Excellence Program in the Hochschule für Musik Mainz, from which she graduated in 2019. Since October 2019 she is a member of the prestigious Atelier Royaumont in France, all the while living in Germany, performing in concerts and opera productions in Germany as well as the rest of Europe.

Noteworthy performances include her debut in the Schwetzingen Festspiele in a concert that was broadcast on German radio station SWR2, her performance as Dorilla in Hasse’s La Serva Scaltra on tour with La Petite Bande, one of the world’s most important baroque ensembles led by legendary conductor Sigiswald Kuijken, a concert performances of scenes as Desdemona in Rossini’s Otello under the direction of Patrice Caurier and Moshe Leiser, Singing the female title role in a production of Handel’s Acis and Galatea with Summer Opera Tel Aviv, and staring in this season’s Gala Series of the Dresdner Residenz Orchester as their main Soloist. In addition, since June 2019 Mayan is a Featured Artist at the Koblenz International Guitar Festival, to which she will return for a concert in May 2020. 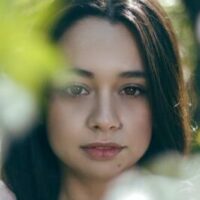