Mark Gilenson was born in 1991 in Latvia and immigrated to Israel with his family in 1992. He started to study violin at the age of five, inspired by his grandmother, Chaviva Dimenstein, one of the most prominent violin teachers in the Baltic States. At the age of 14 he began studying double bass.

He graduated from Thelma Yellin High School of the Arts, where he served as principal bassist in the Symphony Orchestra, also performing with the orchestra as soloist.
He served in the IDF as an Outstanding Musician. After studying for several years with IPO principal bassist Teddy Kling, he studied with Nimrod Kling in the Buchmann-Mehta School of Music, and frequently led the bass section of the School of Music Symphony Orchestra. Mark holds an MA in Historical Performance from the Schola Cantorum Basiliensis, where he specialized in Romantic performance practices.

From 2013 to 2019 Mark worked and studied in Basel, Switzerland, where he worked with the Basel Chamber Orchestra, I Tempi Chamber Orchestra, Collegium Musicum Basel, La Chambre Philharmonique Paris, Balthazar-Neumann Ensemble and others.

Mark has been the Double Bass coach of the Jerusalem Music Centre’s Young Israel Philharmonic Orchestra since 2009, and currently works at the JMC as coordinator of excellence programs and masterclasses. In addition, he teaches the double bass class of the Ramat Gan Conservatory. Mark is the founder and musical director of the ZeitGeister Quintet, which specialises in Romantic performance practice.

Mark has been the recipient of scholarships of the America-Israel Cultural Foundation from 2007 to 2012, the Mark Rich Foundation grant for 2014 and the Maja Sacher Foundation scholarship for 2015. 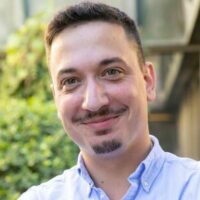