Margalit Oved (1937), dancer, choreographer, singer, composer, and teacher. She was born in the British Protectorate of Aden to a pearl merchant father and a midwife mother. The Yemenite-Jewish traditions and the hundreds of multicultural Adenite songs she absorbed in her childhood played an important role in her work. Oved came to Israel in 1949 with the "Magic Carpet" airlift. She began working with Sara *Levi-Tanai in 1950 as an original member of the Inbal Dance Company, and studied with choreographers Jerome *Robbins and Sophie *Maslow. With astonishing dramatic and vocal resources, gesture mastery, drumming, and charismatic presence, she was Inbal's leading performer for 15 years, including its 1957 world tour.

Oved has created more than forty-five dances as well as numerous musical scores for dances and a solo album for Folkways Recordings. She was the founder of the Margalit Dance Company, which toured throughout the United States. in the 1970s, 1980s, and 1990s. She later became the artistic director of Inbal, with whom she danced as prima ballerina for fifteen years, and began performing with Barak Marshall in the U.S., Israel, and Europe. Oved has performed her drum solos and theater-musical pieces at such spaces as the Kennedy Center and Royce Hall. She is also the subject of a Ford Foundation documentary film. In 2007 she received the Alliance for California Traditional Art’s Living Cultures Grant to record rare Yemenite songs. 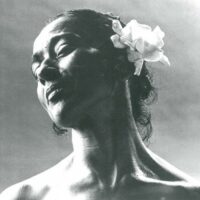