Magda started her musical training at the age of 10 studying piano and as the soloist of a Tel-Aviv youth singing group. At the age of 14 she started playing trumpet and was soon recognized by the national youth magazine as an extraordinary talent. She then became a member of the Tel-Aviv Youth Orchestra, big band and Dixieland groups.

She performed all over Israel, Europe, the U.S. and Canada impressing audiences everywhere with her unique singing ability and soulful trumpet playing. At 16, she was chosen to be a soloist in several Israeli and international musical productions and festivals. She starred in the “Three Penny Opera” with the London National Youth theater at the BAC Theater, where she played the lead role of Jenny. She performed at the International Red Sea Jazz Festival as a soloist singer and trumpet player and at the “Jazz Cinematic Festival”.

Magda was the lead singer of the Israeli dance/pop group “Power Source” which released a hit song on Israeli TV. She was chosen from among many singers in the Israel Defense Forces to be the soloist with the internationally respected Israeli Army Orchestra where she also played trumpet. With the orchestra she performed all over Israel often for visiting world leaders. The orchestra’s main audiences, however soldiers and the civilian population. Magda performed in a wide variety of styles and musical genres. After completing army service she was invited to sing as a soloist with the “national Chamber Music Society” in the special world and contemporary music series in the Tel-Aviv Museum of Art.

Magda collaborated with the Livnat Brothers groups, with whom she performed at The Susan Dalal Center for Performing Arts. She recorded a commercial CD with them on the Golden Peacock label in Israel, on which she is the lead vocalist and trumpet player. She performed at the Israel International Festival in Jerusalem which is annually broadcast on Israeli national TV. She performed with the Livnat Brothers in the National Theater, Habima Club, and at many other places.

In the Prague State Opera, she starred in “The Picture of Dorian Gray”, an impressive musical theatre/rock production. She played the role of Sybil and got the attention of European producers and international audiences. She was accompanied by the Prague National State Opera with a full symphonic orchestra as well as a rhythm section.

Magda came to the U.S. as part of the Tel Aviv-Broadway Musical Theatre Project and was chosen to perform as a soloist at a concert in New York honoring Barbara Cook and Harold Prince. It was here that Magda was discovered by several leading figures of the American theater, including Mary Rodgers – composer and writer, daughter of composer Richard Rodgers, who supported and encouraged her studies in the United States. Musical directors Jack Lee and Wally Harper and award-winning actress Jane Summerhays were also drawn to Magda’s performance at this extraordinary event.

She continued her studies at the Manhattan School of Music and studied both contemporary and classical music. She studied acting at the Tisch School of the Arts at NYU and the William Esper Studio for professional acting. In October 2002 Magda performed at the 13th annual cabaret convention as a soloist star along with artists such as Celeste Holm, Margaret Whiting, Paula West, Sheldon Harnick and others. In 2003, Magda started performing for Golden Fleece LTD, the composer’s chamber theater and The Aviva Players, presenting original cabaret and musical theater pieces.

Magda received numerous awards and honors for her outstanding talents. One of them being the prestigious America-Israel Cultural Foundation scholarship. She also received the honor placement on the Dean’s list at the Manhattan School of Music, and an award as “extraordinary artists” from the Buchman-Heyman Foundation.

Magda has appeared with her musical groups as soloist in concerts all over the U.S. and Canada. She has performed at The Kennedy Center for Performing Arts in Washington, DC, The National Gallery of Canada in Ottawa, the First Night Festival in Boston, the 92nd Street Y, the Philadelphia Museum of Arts, The Baked Potato jazz club in Los Angeles, The Triad and Makor nightclubs in New York, the New Jersey Performing Arts Center in Newark, NJ, the Walter Reade Theater at Lincoln Center in New York, The Town Hall in New York. She was featured in The Songwriter’s Circle at the venerable New York City jazz club The Bitter End.

Recently, she performed at the Israel Embassy in Washington and in various concerts celebrating Israel’s 60th anniversary. She has collaborated with Alicia Svigals, Avram Pengas, Ron Eliran, Dudu Fisher and many others. Magda is currently enrolled as a Cantorial student at the Jewish Theological Seminary. At the recent Cantors’ Assembly, she was honored with First Prize in the highly competitive “Cantors’ Idol” competition. She is working on her original compositions, and getting ready to record her first album. She performs on a regular basis for the Israeli Consulate’s Department of Cultural Affairs, and leads a special monthly service at Sutton Place Synagogue in New York. 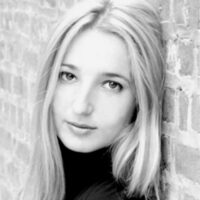