Leonid Detzelman is a musician, composer, and the winner of the 'Jazz Player 2006' and 'The Gold Hanukiya 2006' awards.

Leonid was born in Russia in 1983 and began taking piano lessons at the age of six. His family immigrated to Israel in 1991. Because his piano was sold, Leonid was left without an instrument for two years. Leonid’s father was finally able to purchase an electric keyboard and Leonid resumed practicing the music he loved. His initial studies were with the classical piano but later turned to the jazz and improvisation field where Leonid is now devoting his time and energy to master.

Leonid graduated from high school and the Interdisciplinary Music Department of the Jerusalem Academy of Music and Dance with special honors. He has studied for four years with the great pianists Nahum Perferkovitch and Vyacheslav Ganelin. 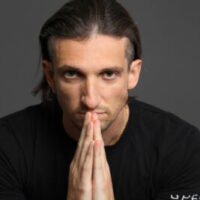